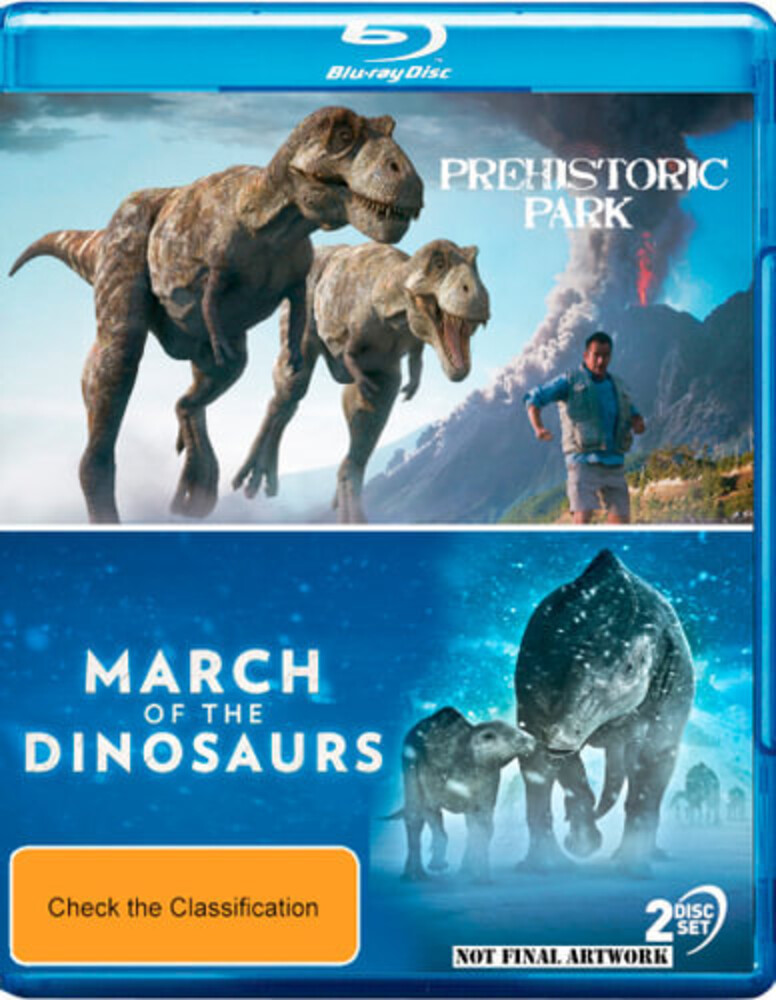 The ultimate dinosaur collection comes to High Definition bringing together these 2 fascinating docu-dramas from the team who created Walking With Dinosaurs. Prehistoric Park. In this thrilling docu-drama series, Nigel Marven heads back to prehistoric times to find some of the most magnificent creatures that have ever been on this Earth. With the aid of award-winning animatronics and computer graphics teams are sent back to pre-history among some of the most amazing creatures that have ever existed. The creatures are brought back through time to the present day where they are looked after in the Prehistoric Park a place where Nigel and his expert dedicated team care for them alongside animals from the present day world. March of the Dinosaurs. The Arctic: 70 million years ago. It is a world of extremes. Tropical summers of 24-hour sunlight are replaced by freezing winters of continuous night. The remarkable dinosaurs that lived under the Northern Lights had to make a choice: brave the winter or head south to find the sun. Join Scar, a young Edmontosaurus, embarking on his first thousand-mile migration. It is a journey for survival that is fraught with danger; blizzards, volcanic eruptions and deadly predators lie ahead. Meanwhile Patch, a juvenile Troodon, left alone in the North, must learn to survive in one of the harshest environments the Earth has ever known. This epic feature-length adventure portrays an incredible polar odyssey that actually happened but that has never been witnessed before.