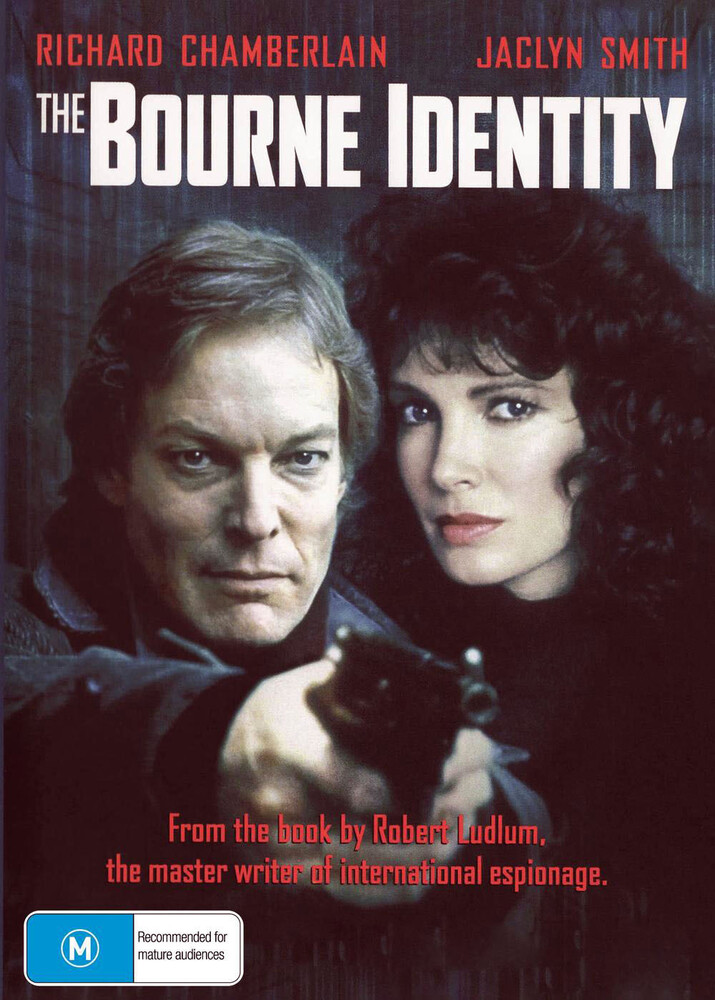 Superb adaptation of Robert Ludlum's initial entry in the Bourne series stars Richard Chamberlain as a man stricken with amnesia, who, after washing ashore in a small French village, is pursued throughout Europe by a network of spies out to kill him. As flashbacks from his past help in his recovery, he follows clues that bring him closer to his would-be assassins' leader, ruthless terrorist "Carlos the Jackal." Jaclyn Smith, Denholm Elliott, Donald Moffat, and Anthony Quayle also star. 185 min. Standard; Soundtrack: English. Region Free