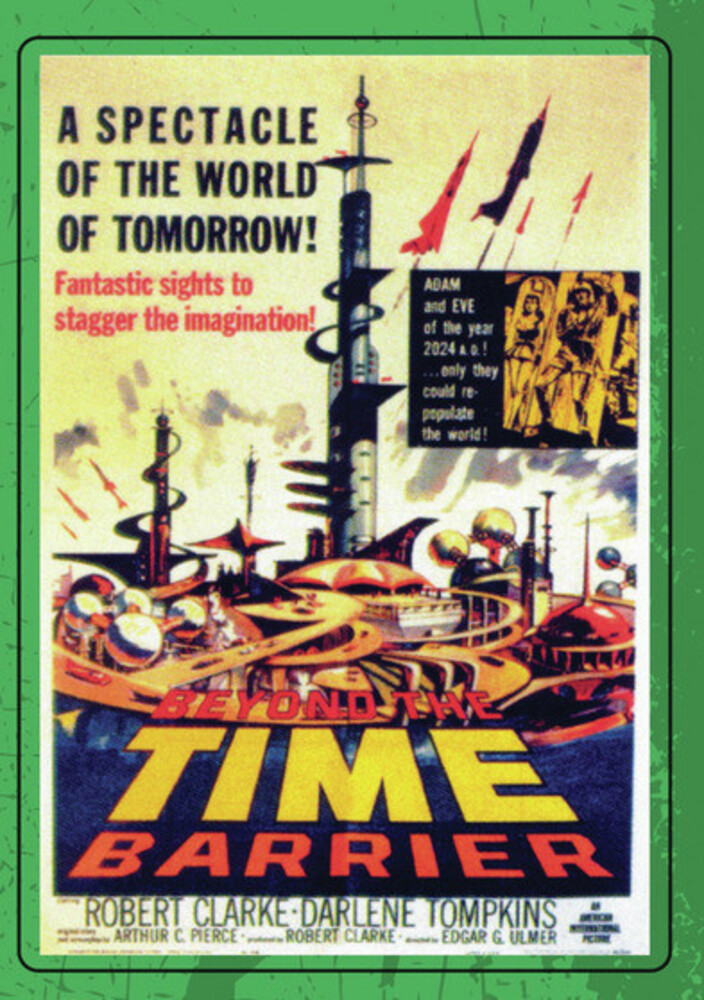 Beyond The Time Barrier / (Mod)
Format: DVD
New: Not in stock
Wish

Eddie Constantine, Richard Attenborough, Eva Bartok, Pier Angeli. Forget Alphaville, this IS the best Constantine film. Eddie's a tough sailor who's being flown back to the mainland for trial. Also on board is the sleazy snake who turned him in, played to the hilt by Attenborough. The plane is filled with many colorful characters: stuffy socialites, sexy playgirls, etc. During the flight, a fire erupts, injuring the pilot. Eddie is forced to land the plane near a remote island. After a hard landing, the plane sinks and the survivors head for shore. There they discover-to their horror-a giant lead bunker with cameras inside pointing out to a small rocky point on which sits the tell-tale tower of an atom bomb test device. The entire island will be blown to smithereens in a few hours! They don't make them much better than this. Wow! Shot in English. Yes! You'll hear Eddie's real voice (he's good). Our highest recommendation. 16mm.