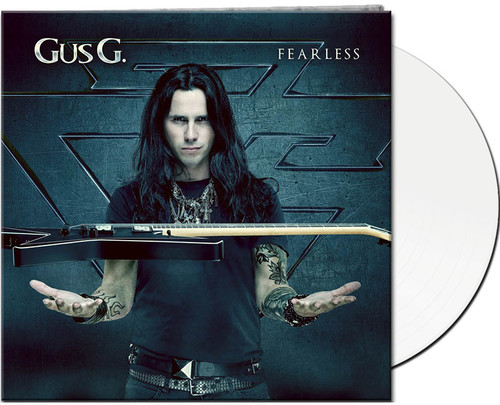 Limited 180gm white vinyl LP pressing in gatefold jacket. 2018 release. In a world where only the best come out on top, Gus G. is one of the most respected and renowned rock metal guitarists of our time. He played the biggest stages worldwide as a member of superstar Ozzy Osbourne's band and enhanced Ozzy's album Scream (2010) with his amazing dexterity. In addition, Gus has been a known quantity on the melodic power metal scene as the founder of Firewind for some twenty years. The third pillar of his exceptional career is his work as a solo artist, having released his two much acclaimed albums I Am The Fire (2014) and Brand New Revolution (2015) and he is now set to continue this series with Fearless. His band is a power trio featuring vocalist/bassist Dennis Ward (Pink Cream 69/Unisonic) and drummer Will Hunt (Evanescence, Black Label Society).
back to top