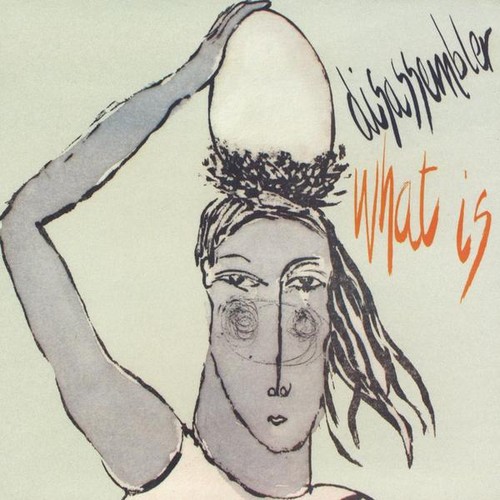 What Is
Artist: Disassembler
Format: CD
New: Not in stock
Wish

' A jewel of an album.' Allaboutjazz.com 'Warren's striking themes and rousing arrangements lift it far above the contemporary Euro-jazz throng.' The Guardian John Kelman at Allaboutjazz.com writes: '...(one of) the premier contemporary jazz units in Britain...' '...picking out individuals isn't the point - this is just a brilliant ensemble.' MusicMetal.com 'They rock too.' Time Out Disassembler: What Is (Jazz Granada) 4 out of 5 John Fordham guardian.co.UK, Thursday 18 March 2010 22.20 GMT Disassembler features the compositions of it's guitarist/leader Trevor Warren and the distinctive solo voices of trombonist Annie Whitehead and saxophonist Mark Lockheart. Warren's striking themes and rousing arrangements lift it far above the contemporary Euro-jazz throng. The opening Flicker is a typical piece of Warren teasing, with it's curling, long-lined horn melody rolling out over drummer Winston Clifford's fast groove. Flicker's melody-resolution sounds as if it should belong to a much shorter tune - so the long postponement of it's arrival becomes irresistibly fascinating. Reggaeton is a luxurious repeating-note trombone theme punctuated by lazy slurs, driven by a bumping Caribbean groove, and galvanised by a fine Whitehead solo. Pop 2 recalls the swaggering directness of the old Mike Westbrook band, before it unexpectedly turns into a funk hook for the guitar, with Lockheart's soprano sax wrapping round it, in a manner that hints at Miles Davis's In a Silent Way. Spacey low-end tone-poetry for trombone, tenor sax and inventive bassist Dudley Phillips, and the Crusaders-like jive of Great Leap Forward are other standouts on an unusual set, finely balancing quality composition and improv. Chris May at allaboutjazz It's a broad church, but British guitarist Trevor Warren's Disassembler comes out of the same genre mashing movement as bands like Acoustic Ladyland, Polar Bear, Led Bib and trioVD. Each has crafted an individual spin on jazz/rock/dance collision, from Acoustic Ladyland's seminal three-minute punk thrashes, extended by Led Bib and trioVD to include more collective and individual improvisation, through Polar Bear's more nuanced excursions. Though it's sound is entirely it's own, Disassembler shares certain qualities with Polar Bear. Eschewing the head charge of Acoustic Ladyland, Disassembler has Polar Bear's taste for the trippy and the understated. There has been some overlap of personnel. Polar Bear's leader, drummer Seb Rochford, was featured on the first Disassembler album, Disassembler (33 Jazz, 2005), and saxophonist Mark Lockheart has been a member of both Disassembler and Polar Bear since 2003. There the similarities end. Warren founded Disassembler to take the rhythms of modern dance music and present them within the context of jazz improvisation. Some of the dancing takes place on the floor, some of it in the head, and the band-also including trombonist Annie Whitehead, bassist Dudley Phillips and drummer Winston Clifford-is composed of A-list 'pure' jazz players frequently heard in straight-ahead contexts. The seductive What Is is Disassembler's third album, following Fear Is The Mother Of Violence (33 Jazz, 2008). The title is taken from the late American comedian Lenny Bruce's saying, 'there is only what is,' and Warren has credited the mix, ironically, to 'Lady Margaret Thatcher.' What Is, however, is less edgy than it's predecessor, with it's sound bites from speeches made by George W. Bush and his neocon allies; it's a mélange of lyrical improvisations and sinewy, ostinato driven grooves which have at least some of their roots in the early 1970s work of saxophonists Pharoah Sanders and Gato Barbieri. All but one of the tunes is by Warren, but, as is Disassembler's practice, the arrangements are collective and the solos shared equally between horns and guitar. Warren's fluid single note lines, sometimes subtly effects-treated, are luminous on 'Flicker' and 'Abe' (whose chugging bass and drums vamp, intentionally or otherwise, is winningly reminiscent of the Pat Metheny Group's 'Are You Going With Me?'). Lockheart moves between broken note strewn tenor and ethereal soprano, the latter wonderfully expressive on the big, lurching 'Pop 2.' Whitehead is showcased on 'Reggaetton' and soars on the West African/Latin American-infused 'Great Leap Forward.' For the past few years, Warren has divided his time between London and Granada, Spain, where Disassembler won the Asociacion Granada Jazz International Jazz Competition in 2008. What Is was recorded in London in July 2009 and international distribution is planned for 2010. Meanwhile, it's been released in a limited edition by Granada Jazz (distributed by jazzcds.co.UK). It's a jewel of an album by a band that deserves a much higher profile.
This website uses cookies to personalize content and analyse traffic in order to offer you a better experience.
I accept Learn More
back to top