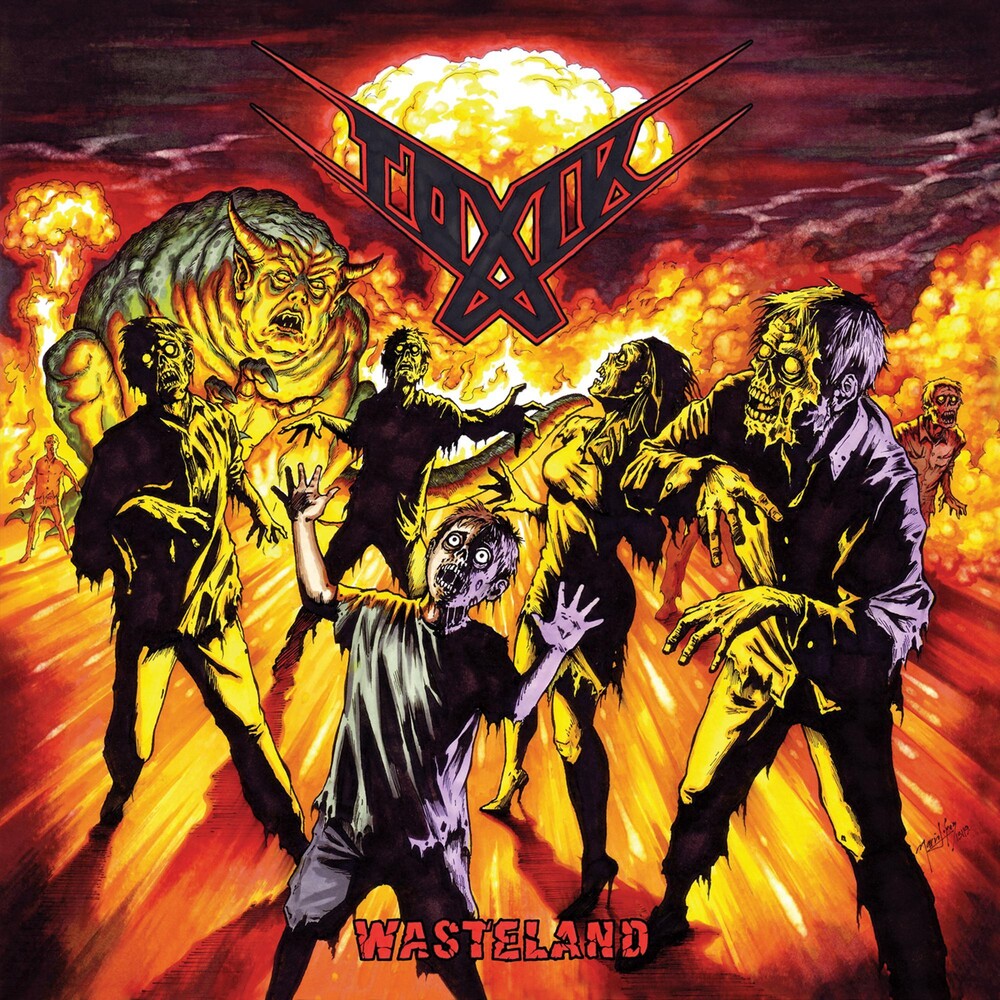 CD reissue of this 1986 demo from the speed/thrash metal band. TOXIK was formed in 1985 by Josh Christian and Lee Ervin under the name Tokyo. The original line-up included Josh Christian on guitars, Lee Ervin on bass, Sal Dadabo on drums and Mike Sanders on vocals. The band later changed the name to Toxik. Their 1986 demo 'Wasteland' was received very well in the metal scene. Trademark were the fast and technical guitar parts from Josh and the high pitched vocals from Sanders. In 1987, Toxik signed onto Roadrunner Records debuting their first full-length album 'World Circus'. The release of the album saw one of the first introductions to the, 'progressive thrash metal' genre. The debut was charted on College Music Journal's as 'Best New Metal Album of the Year' for 1987. Toxik decided to quit in 1992, but have reformed twice since. And they are still playing at festivals world wide (Dynamo Open air 2018 in Holland ect). The demo re-issue comes with 3 rare bonus tracks, extensive liner notes, rare pictures and astonishing new artwork made by Mario Lopez (Evil Invaders, Mindwars, Skeletal Remains).
back to top