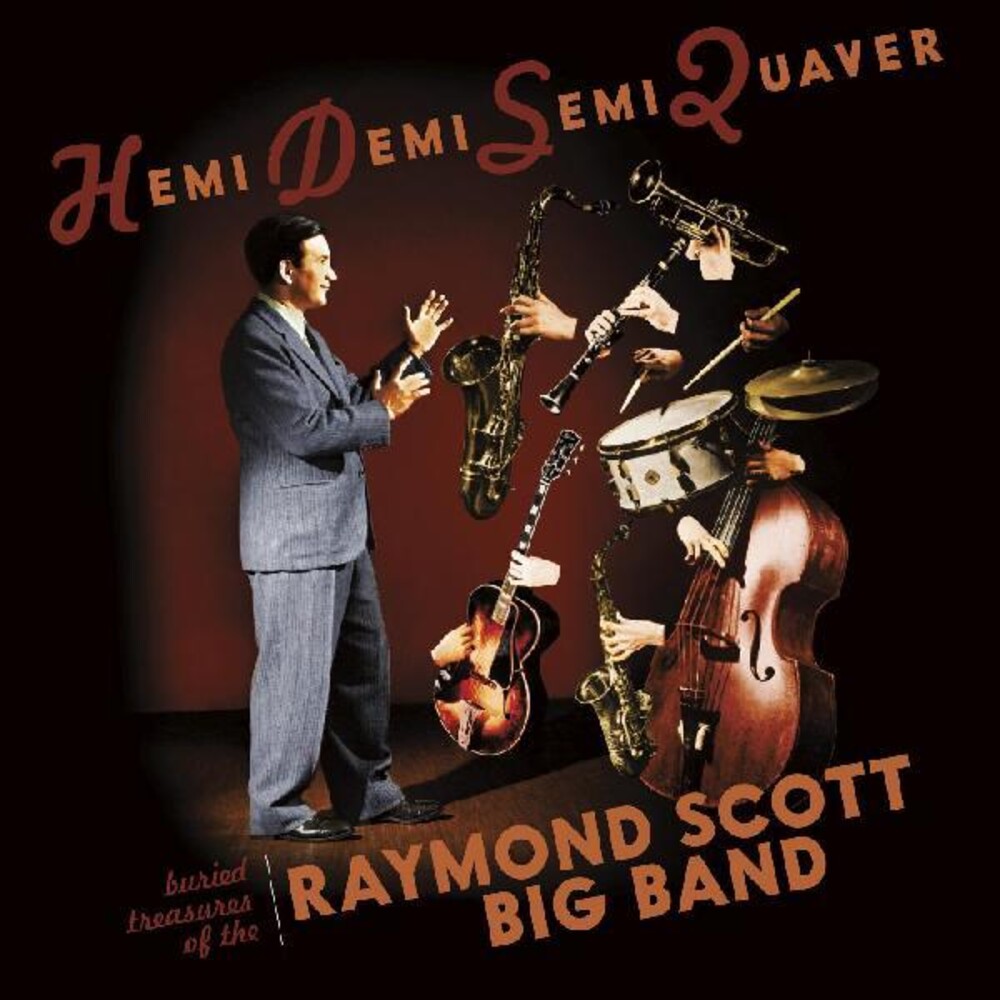 Raymond Scott is best known as the composer of famous tunes that pop up throughout Warner Bros cartoons. In the late 'Thirties, his celebrated Raymond Scott Quintette was a huge commercial success, a singular ensemble playing a unique and unmistakable style of jazz, full of whimsy and bravura. By the late 'Forties, he had become an electronic music pioneer, both as an instrument inventor and composer. His music is everywhere these days, not just cartoons. For example, Lizzo's recent hit 'Tempo' samples (sips from?) his 'Nescafe,' and he is heard in the recent Netflix hit show Hollywood. The lost chapter between the Quintette and his electronic music was every bit as compelling, starting with the first multiracial radio big band, the 'CBS Big Band'whose ranks included legends Ben Webster, Cozy Cole, and Charlie Shavers. Not only did this unit swing hard, they could also execute the intricate passages for which he was so famous. Hemidemisemiquaver: Buried Treasures of the Raymond Scott Big Band collects 26 exciting cuts, mostly unreleased radio broadcasts recorded by Scott himself and restored by Gavin Ross at Steady Studio in Burbank, CA. The package features photos from the Scott family archive and extensive liner notes penned by Scott scholar Skip Heller, who co-produced this volume with Scott's son, Stan Warnow. Indispensable for Raymond Scott fans or any big band fan for that matter!