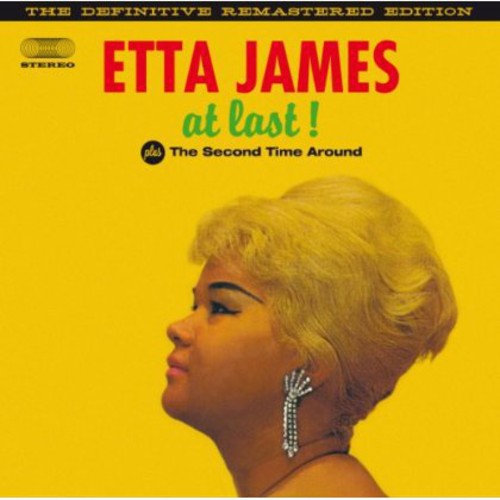 Digitally remastered two-for containing a pair of albums from the Rhythm & Blues vocalist including bonus tracks. Etta James was one of the greatest R&B singers of all time, with an incredible soulful voice and an amazing ability to interpret a song and old-fashioned yet timeless melodies. She sang with unmatched emotional hunger and a pain that can chill the listener. This quintessential Soul Jam release includes Etta James' first two albums, which also happen to be two of her best: At Last! (1960), and the Second Time Around (1961), both originally released by the Chess Records' subsidiary Argo label. These two masterpieces have been remastered and packaged together in this very special collector's edition, which also includes seven bonus tracks (gathering a variety of those great hard to find sides she recorded for different labels, such as Modern, Kent, Chess and Crown Records, between 1955 and 1958). Contained here is the cream of the crop from Etta's early years. Without a doubt, this is the material upon which her kingdom was built. Soul Jam Records.