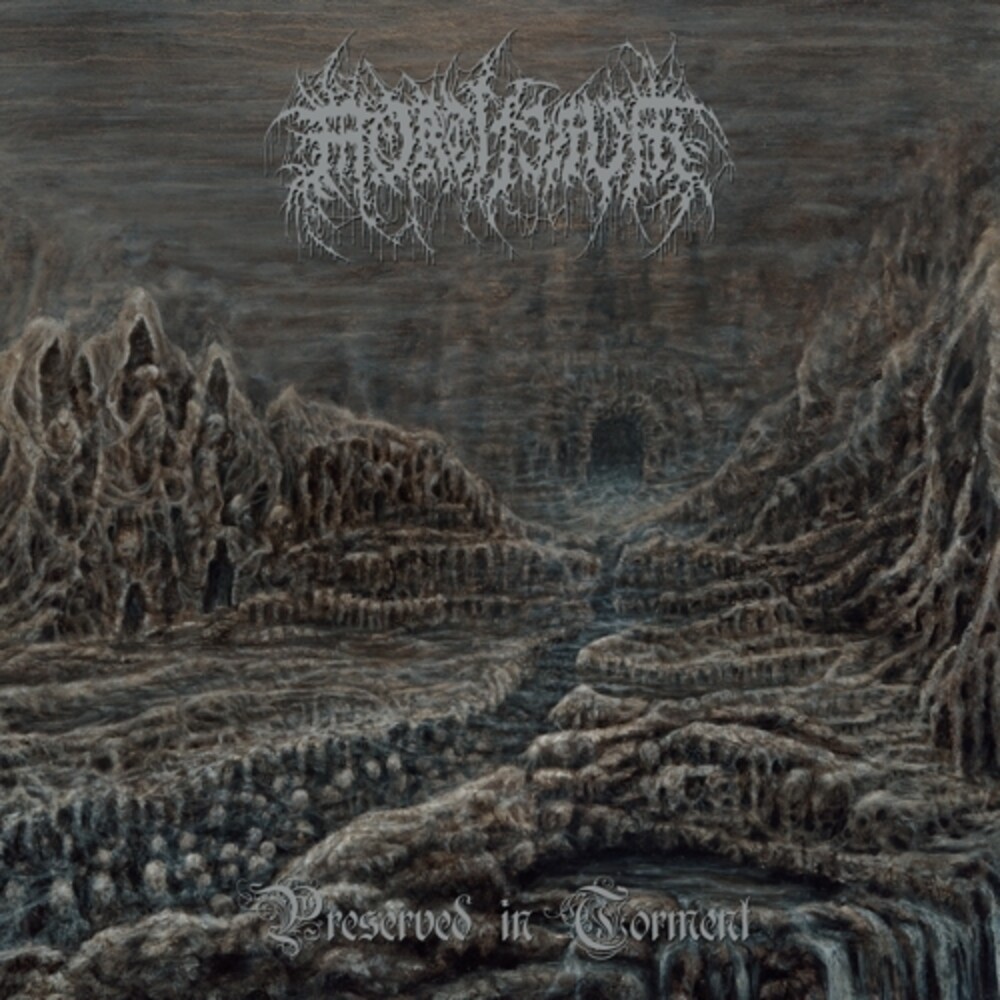 On their sophomore album Preserved In Torment, Olympia WA's doomed death metal unit Mortiferum push their penchant for dark, depraved, and disgusting dirges even further out into the periphery. Picking up where they left off with their Profound Lore debut Disgorged From Psychotic Depths, the band continues to mine the poisonous quagmire of classic American death metal, the warped visions of Finnish death metal, and the suffocating lurch of funeral doom for inspiration, but the resulting six tracks here operate on a larger scale, both in musical scope and in sheer crushing weight. Recorded over the span of twelve days at Soundhouse in Seattle WA with Andrew Oswald at the engineering / mixing helm, Preserved In Torment finds Mortiferum expanding on the ominous atmospherics of their past work while simultaneously pushing and refining their work into even more vile and oppressive sonic territories-the listener is laid to waste with the band's monolithic siege and impossibly heavy riffs with relentless mid-tempo drum barrages creating the aural equivalent of being trampled beneath the hooves of some unstoppable army. Mortiferum doesn't shy away from long-form songwriting on Preserved In Torment, yet the band doesn't waste a note in crafting these epic assaults.
back to top