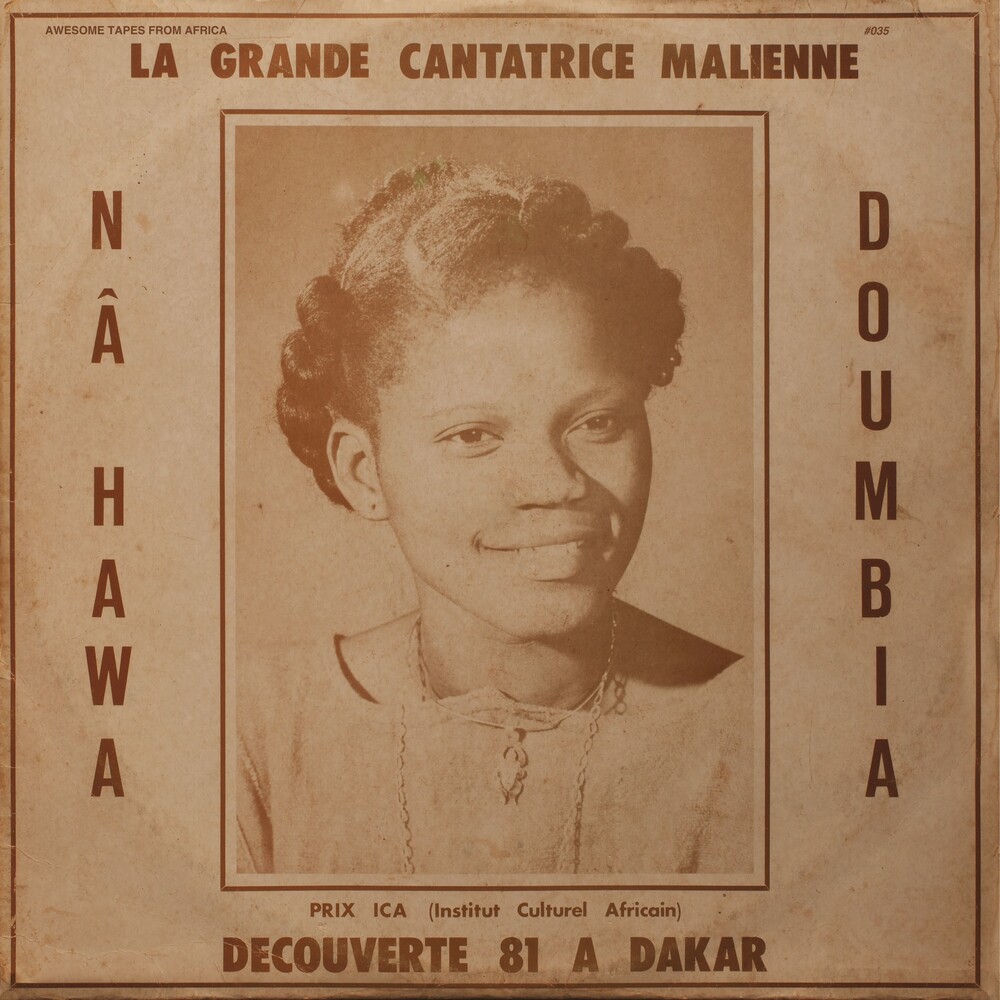 Nahawa Doumbia is one of Mali's defining vocalists of the last four decades. Her work journeys through progressive stages of musical evolution and sonic vogues, making it hard to summarize or even comprehend. She's played a part in popular music since the late '70s, as her version of Wassoulou music developed from vocals-and-guitar duo into full-scale touring bands packing a bombastic, electrified punch. As Doumbia puts it, "My music has changed multiple times to this day... The more I progressed in my musical career, the more instruments I have had accompany my songs." Awesome Tapes From Africa will release Doumbia's debut recording La Grande Cantatrice Malienne Vol 1 this August, building on the success of the label's first-ever reissue back in 2011, Doumbia's La Grande Cantatrice Malienne Vol 3. This seminal classic, which is still sought-after in Mali today, will finally be available for the first time internationally with remastered audio on LP, CD, Tape and Digital formats. The recording looks back to the beginning of Doumbia's long career, when she was performing in a simple voice and acoustic guitar format. This was before she added bass and drums, and finally the electric guitar and synths for which she became known more recently. Released in 1981 by the excellent CĂ´te d'Ivoire-based AS Records, the singer was barely 20 years old when it was recorded. She was accompanied by her future husband N'Gou Bagayoko on acoustic guitar, whose style echoes the nimble runs of traditional kamele n'goni players. The stark simplicity of this highly intimate recording- the audible room acoustics, the occasionally in-the-red vocals-do not obscure the mature strength of her voice. On Vol 1 Doumbia performs her songs with the tenacity and hunger of a young artist on the cusp. "When I think about it, first, I am reminded of how long ago it was. It's one of the albums that I love most because it reminds me of my youth. I was so young and my voice was light and joyful. I still listen to some of those songs today. I am really proud of that first album because that's where it all began. It shows me how far I've come in my personal and artistic life; it gives me the courage I need to keep going forward, and makes me appreciate all the years of dedication and hard work I put into my musical career." These early songs are rhythmically built around Bagayoko's sensitive guitar, as his fingers brush the fretboard and gently outline the melodies. Although this record predates the singer's use of percussion, the driving skeletal didadi rhythm is apparent in the songs. Later albums like Vol 3 further prioritize her hometown didadi beat and the result made her famous.