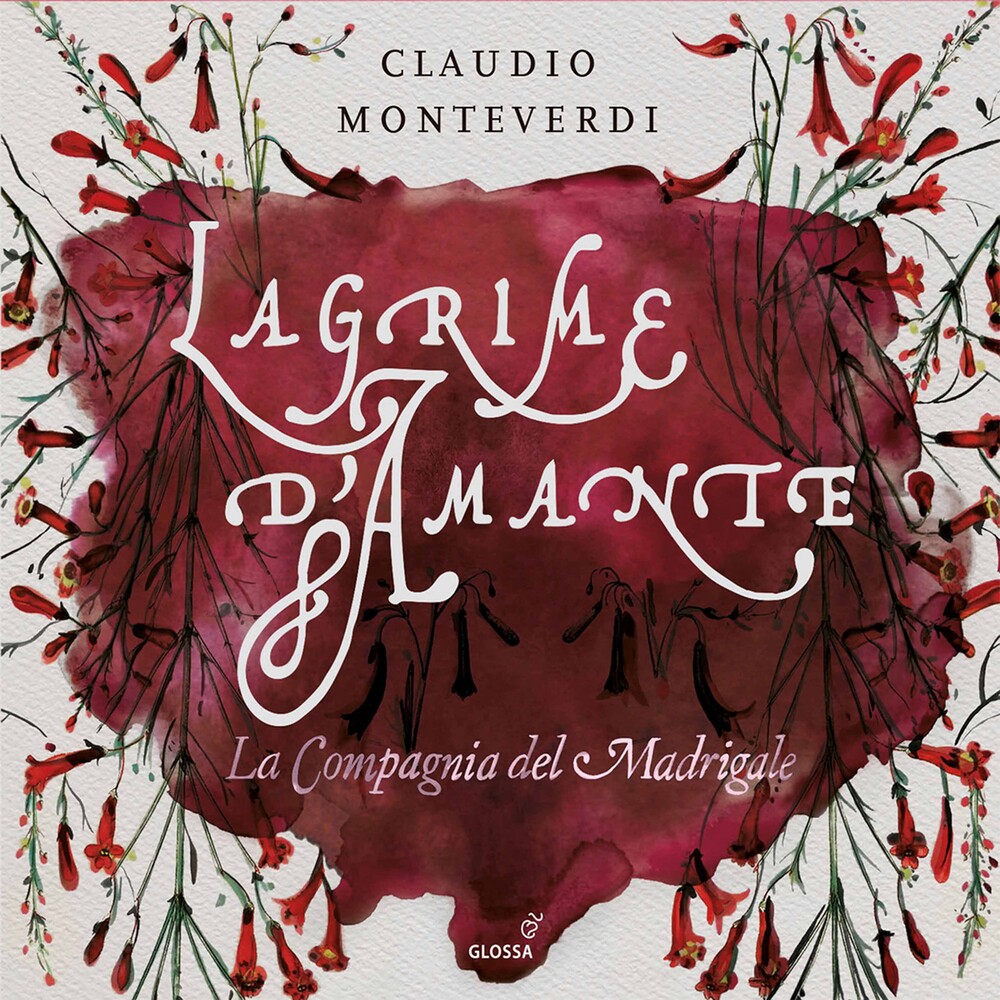 With Lagrime d'amante, La Compagnia del Madrigale, so accomplished with 16th- and 17thcentury Italian music and words, turns it's attention afresh to the music of Claudio Monteverdi. This new Glossa release faithfully conveys the beauty of the ensemble's vocal blend in a selection of five-part compositions drawn from the Monteverdi of Cremona, Mantua and Venice, but centring on that cornerstone of his art, the Sixth Book. The act of singing whilst weeping - as Marco Bizzarini points out in his booklet essay - is somewhat unfeasible, but time after time Monteverdi strove to overcome that improbability by his music, often calling upon the best Italian poetry of the time: here, the fabulously vivid imagery of Torquato Tasso, Battista Guarini and Petrarch are well served by Monteverdi's musical response. The programme takes us through various troubled emotional states involving love: a lover dying of love, the partenza amorosa (or lovers' separation), even a shepherd accidentally wounding his loved one, but also the outpouring of grief in the Lagrime d'amante al sepolcro dell'amata, a commissioned madrigal cycle to newly written words lamenting the death in 1608 of the promising singer Caterina Martinelli, a pupil of the composer, but also that of Monteverdi's wife. This work and others on this recording involved the lamented bass Daniele Carnovich to whom the group pay tribute; the sessions were completed by Matteo Bellotto. Her latest project, with sonatas by Josef Antonin Stepan, reflects her patient, respectful and profoundly musical approach to her own new discoveries. These newly found sonatas, which she defines as "a sort of missing link in the transition from harpsichord to fortepiano" and being "at he forefront of the development to a new era of composition" with "flavours of Mozart, Haydn, and early Beethoven", were recorded in Berlin and set yet another milestone in Meyerson's enthusiastic search for unjustly neglected repertoire.