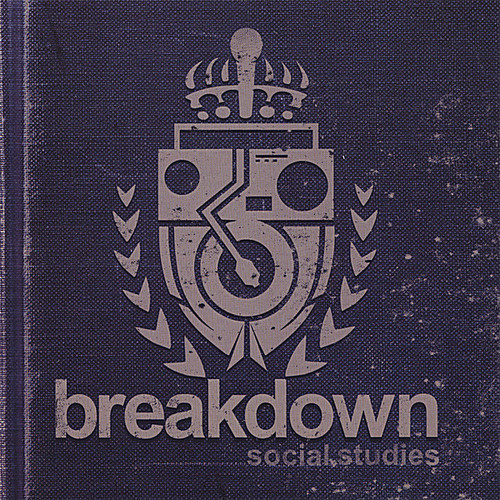 Ryan 'Breakdown' McGown was born just outside of St. Louis, Missouri on January 13, 1978. His father was in the military, which led to him spending a large portion of his childhood in Japan. While in Japan, Breakdown became fascinated with hip hop culture, breakdancing in particular, at the age of eight. The next year his family moved to Rapid City, South Dakota, where they lived for a little over a year, after which they then moved to Alexandria, Louisiana. Two years later, in June of 1990, they moved to Tampa, Florida where Breakdown has lived ever since. During this time, and the next five or six years as well, he spent countless hours trying to imitate the dance moves he would see in hip hop videos (which later led to his moniker). After a friend convinced him to freestyle during a lunch break at work in September of 1995, he realized that he could rap. Breakdown had been writing poems and short stories since he was very young, so writing came very naturally to him. From that point on he began writing on a constant basis drawing inspiration from artists ranging from Snoop Dogg to Common to Outkast. After several years of writing and making mix-tapes for friends, he began attending local open-mic nights in late '99. For the next year and a half he made a very small name for himself, then in March of 2001 he formed the group 'Verbal Diverzion' with another local emcee. They recorded numerous songs together and performed at many local shows. Then after creating a small buzz locally, the two parted ways in January of 2003. Around the same time, Breakdown sought out the production talents of local emcee/producer Surreal and began working on solo material. With the help of Surreal's production, he took on a very soulful type of sound which blended well with his articulate, and often personal, choice of words. In May of 2003 Breakdown began performing on his own. Then, in January of 2005, he teamed up with dj/producer Ranmecca and they've been performing regularly in the Tampa/St. Petersburg area, and all accross Florida. In the past year, the two have shared the bill with many, many artists including Guru, Common, Blackalicious, Butta Verses, Hangar 18, and One Be Lo. Breakdown released his debut e.p. in March of 2005 with production done by Surreal and Ranmecca, which he has been selling at the countless live performances he and Ranmecca have done. In June of 2006 he released his debut L.P. 'Social Studies' on his own independent label Saving Grace Records. The album features production by Marco Polo, SlopFunkDust, Surreal, Ranmecca, Breakdown, DutchMassive, and Mudd Buddah. Since it's release, 'Social Studies' has been recieving a very positive response from local music and entertainment publications, underground web-sites, and independent radio shows.