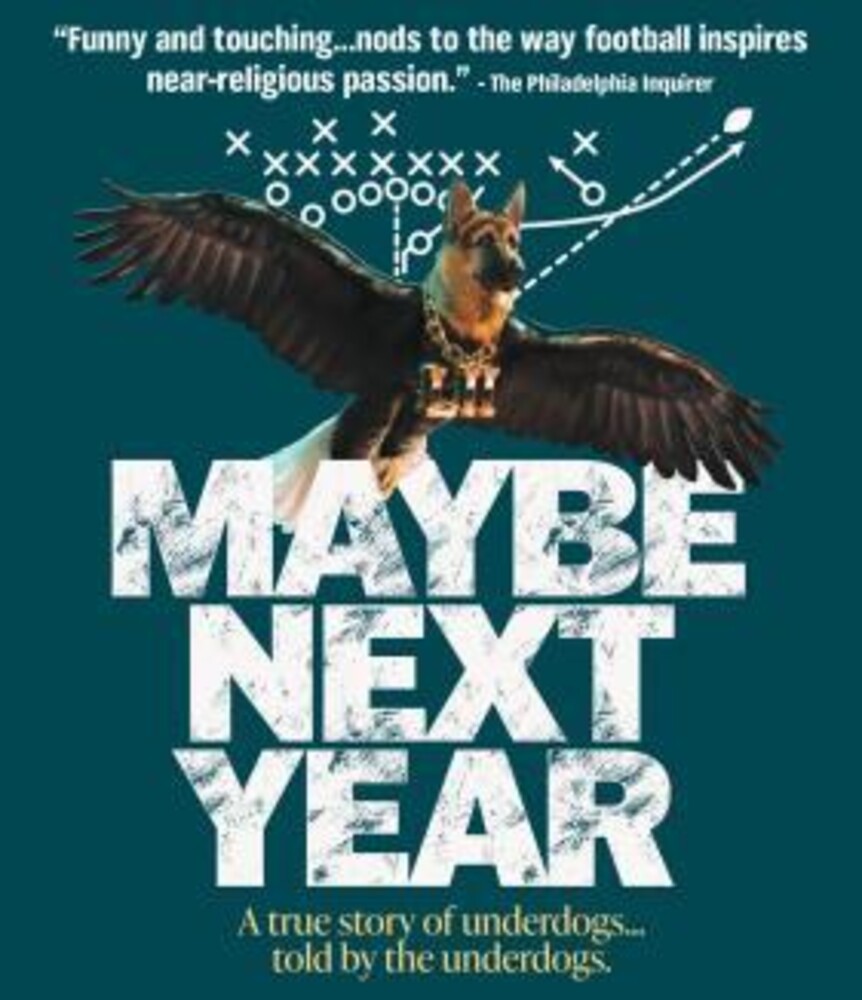 Maybe Next Year
Format: Blu-Ray
New: Not in stock
Wish

Since 1776, Philadelphia existed in the shadows of New York City and Washington D.C. Counted out and overlooked, Philadelphians turned to football as a way to let out their frustrations. After 58 years of coming up short, a Super Bowl title had become Philly's holy grail. What started out as the most promising year in decades, the 2017 season, quickly unraveled with the season ending injury of their MVP quarterback. With the deck stacked against them, an underdog city bands together and puts their faith in an unlikely backup. From throwing snowballs at Santa Claus to having a jail in their stadium, this fanbase has earned their title of worst in the NFL. MAYBE NEXT YEAR peels back the veil and offers an intimate look at the lives of four very different and very dedicated Eagles fans, unified by their commitment to family, unwavering passion, and the common dream of becoming Super Bowl Champions. Eagles fans paint their own portrait of what brotherly love truly means in the best comeback sports story in years.