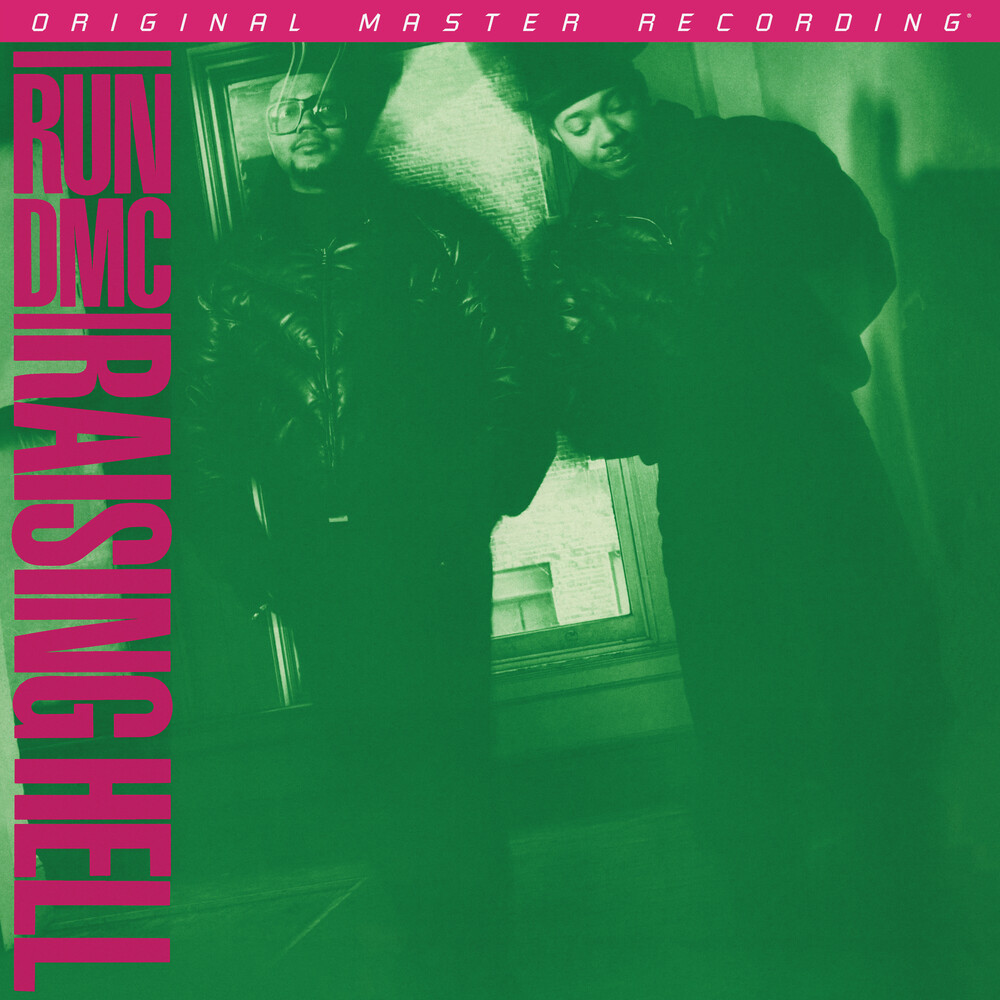 Among the Most Influential, Inventive, Invigorating Records Ever Released: Run-D.M.C.'s Raising Hell Brought Hip-Hop to the Mainstream, Includes Crossover Smash 'Walk This Way'. Mastered from the Original Master Tapes and Strictly Limited to 3,000 Numbered Copies: Mobile Fidelity 180g 45RPM 2LP Heightens Rick Rubin's Pioneering Production. Run-D.M.C.'s Raising Hell remains the turning point at which hip-hop crashed through mainstream barriers and never left. Anchored by the crossover smash 'Walk This Way,' the 1986 blockbuster still sounds like a revolution unfolding in real time. It has everything - hard-rock riffs, turntable scratching, itchy rhythms, hit singles - not the least of which are the trio's invigorating raps and inseparable chemistry. And now it's the first rap record afforded audiophile treatment, courtesy of Mobile Fidelity's simply illin' analog edition. Mastered from the original master tapes, pressed at RTI, and strictly limited to 3,000 copies, the unsurpassed reissue label's 180g 45RPM 2LP set elevates Raising Hell to sonic heights on par with it's musical and cultural significance. Ranked the 123rd Greatest Album of All Time by Rolling Stone, 43rd on Pitchfork's Greatest Albums of the 1980s, one of the Top 100 Albums of All Time by TIME - and included on 'Best of' lists by Spin, Paste, XXL, Entertainment Weekly, and basically every other significant media outlet - the triple-platinum effort rocks the house. Afforded extra groove space, Raising Hell unleashes a torrent of massive dynamics and tsunami of frequency-plumbing details underlined by Rick Rubin's taut, crisp, albeit raw and streetwise production. Just as the Queens-based group both defined what hip-hop could represent - and displayed just how big it could get - Rubin's work melded ear-worm hooks, savvy drum loops, metal-leaning guitars, and, of course, Run and D.M.C.'s cross-fire lyrical interplay into watertight frameworks bursting with ideas, tones, samples, and beats. Heard anew on Mobile Fidelity vinyl, Raising Hell is in every regard the aural equivalent of a direct-to-console 1970s classic. And it sounds as fresh as hell. As for the music, it ranks among the most influential, inventive, and invigorating ever released - rap or otherwise. Vanguard artists such as Ice-T, Eminem, Jay-Z, and Public Enemy's Chuck D - who declared it his all-time favorite and 'the first record that made me realize this was an album-oriented genre' - have testified on behalf of it's brilliance. And never mind the presence of the Top 5 single 'Walk This Way,' whose power helped make Aerosmith's Steven Tyler and Joe Perry relevant for the first time in nearly a decade - and literally put Run-D.M.C. in bedrooms ranging from the Bronx to Bartlett to Bad Axe.