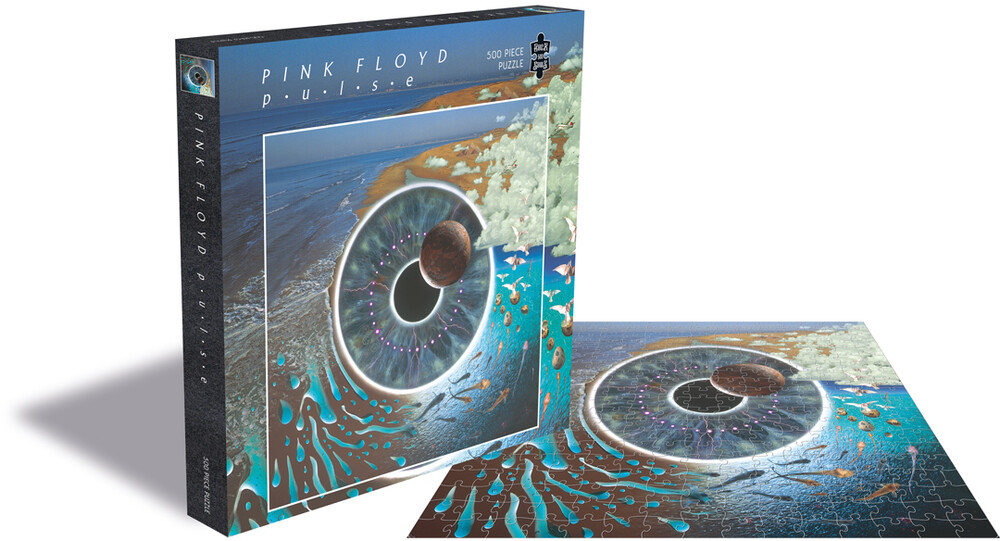 Pulse" is a live album by the English rock band Pink Floyd. It was released on 29 May 1995 by EMI in the United Kingdom and on 6 June 1995 by Columbia in the United States. The album was recorded during the European leg of Pink Floyd's Division Bell Tour in 1994. The album is notable for including a complete live version of The Dark Side of the Moon. The original cover features an "eye-like" machine that has clock pieces inside, there is a planet in it's centre, and on the outside it shows evolution as it moves backwards. It starts in the sea, moves to the bacteria which evolve into fishes, then into egg type creatures, then into eggs that hatch birds, and birds follow the trail of an aeroplane. There are six pyramids in the desert, and in the bottom of the sea, one can observe a city in the shore. Early CD versions came with a flashing red LED on the side of the case. This was designed by EMI contractor Jon Kempner, who was awarded the platinum disc, using the now discontinued LM3909 LED flasher IC. The circuit was powered by a single AA battery; the battery life was stated to be over six months. Some versions were also made with two AA batteries and later editions of the CD set did not feature the blinking LED. "Essentially, it's a device which we thought was entertaining. It's an idea of Storm Thorgerson's which related to Dark Side and the pulse, and it's a live album so the box is "alive" - Nick Mason. 500 pieces, Weight: 490g, Jigsaw size: 39cm x 39cm, Box size: 30. 9cm x 30. 9cm x 2. 8cm