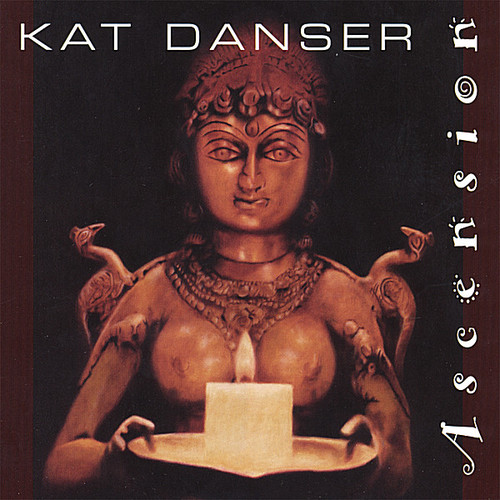 Kat Danser bootlegs raw and real lyrics over an acoustic swamp filled with her deep, murky voice and gritty guitar pickin'. Before you know it she's sold you a glass of whisky soul, a chaser of homespun roots & blues and tobacco for your front porch pipe. With a twinkle in her eye and sly wit, Kat blends 'slice of life' original songs doused with life experience and early blues, roots, soul and jazz influences. Born in Saskatchewan, Canada on November 25, 1967, to the sound of her mother playing the autoharp, Kat came into this world to create music! A strong work ethic and the importance of expression through song were instilled early in Kat's life by her Polish Catholic family. Some of her earliest memories are of helping her mother knead bread while Patsy Clines' or Hank Williams' voice spun off the reel-to-reel tape player. At the age of 5, Kat was gifted her first instrument, the button accordion, by her 'Uncle Howie', a local musician. Long nights were spent sitting around the table playing accordion while a neighbor taught her Acadian rhythms on the spoons. It was apparent to family and friends that she possessed a natural talent whether performing at school concerts or singing in the church choir. Soon Kat began imitating some of the powerful vocalists of the day including Emmylou Harris and Martha Carson. It wasn't until her late 20's, after completing a degree in Social Work from the University of Regina, that Kat's musical potential was awakened when she heard Bessie Smith singing "T'Ain't Nobody's Bizness". It was a moment in time that continues to serve as a gateway to deeper forms of her creative expression. Since that awakening Kat's musical identity has taken shape to what she now describes as "Swamp Blues". " I began my musical journey influenced by country music, my parent's choice. What I realize now is that the artists I loved from my childhood were actually blues artists making a living in country music. Over the past decade of artistic development I have connected with great passion and great joy via early blues, roots, gospel and jazz music." Constantly following the creative thread and searching for open doors has lead Kat to tour extensively making connections with a host of musicians world-wide. Canadian icon Rita MacNeil, and legendary bluesman Eric Bibb, have stepped forward to mentor this rising artist. She has shared the stage with Ellen McIlwaine, Ruthie Foster, Harry Manx, Chubby Carrier, Jennifer Berezan, Linda Tillery, Tuck & Patti, Steve James & Del Rey. Kat also headlined folk clubs throughout western Canada and logged stellar performances at the Tucson Music Festival and Island MusicFest. She garnered the attention of radio and media including a Global TV Vancouver feature presentation: "Blues Women in Canada". Currently, Kat's traveling companions are her Vintage Gibson LG2 (1947-51), National Estralita Resophonic and Weissenborn Hawaiian guitars. She continues to be inspired by Ben Harper, Mahalia Jackson, Sister Rosetta Tharpe, Elizabeth Cotton, Joseph Spence, Gillian Welch, Corey Harris and Lucinda Williams.