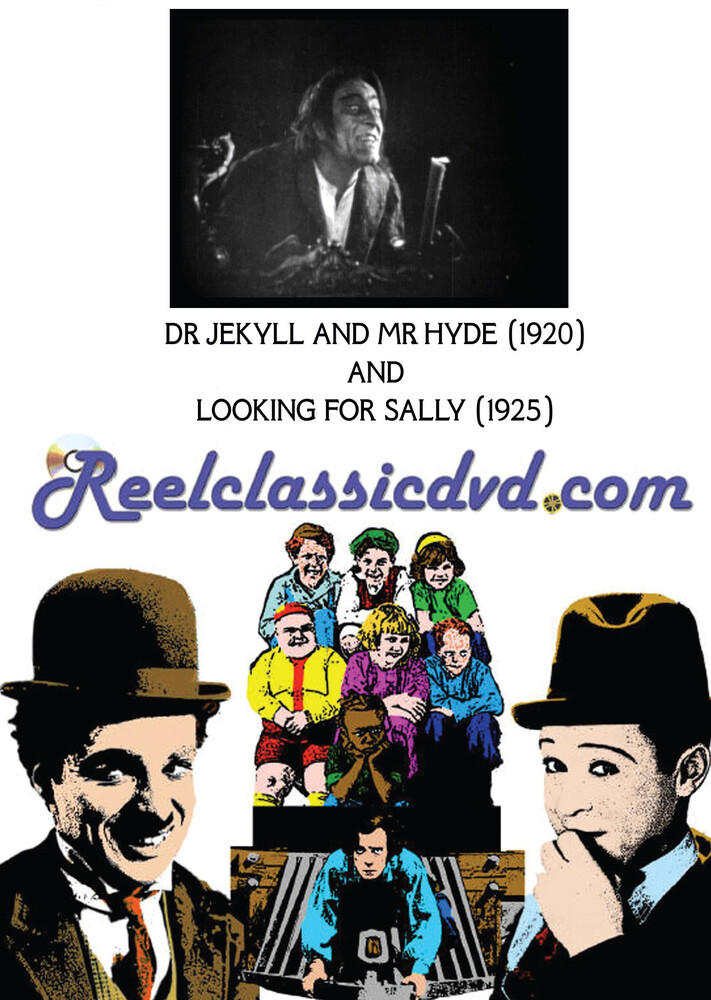 DR. JEKYLL AND MR. HYDE (1920) and LOOKING FOR SALLY (1925) DR. JEKYLL AND MR HYDE starring John Barrymore, Martha Mansfield, Brandon Hurst, Charles Lane, Nita Naldi and Louis Wolheim. Directed by John S. Robertson. Shot in New York between Barrymore's Broadway appearances in "The Jest" and "Richard III", this is a faithful adaptation of Robert Louis Stevenson's novella about the good and evil natures that co-exist within man. The charitable and idealistic Dr. Jekyll, after being tempted by the dubious pleasures to be found in an immoral life, creates a tonic that separates the good and evil within him, becoming the monstrous Mr. Hyde. It isn't long before Jekyll loses control of his transformations, resulting in murder and horror. A superb and atmospheric production with fine performances all around. Look for Walter Long in a tiny, uncredited role! LOOKING FOR SALLY (1925) starring Charley Chase, Katherine Grant and Noah Young. Directed by Leo McCarey. Another film that deals with the subject of identity - this time mistaken! Upon his return from Europe, the fondest wish of Charley's parents is that he marry his childhood sweetheart, Sally Kavanaugh. The two, who haven't seen each other in years andmistake each other at the dock. This leads to a wild ride of confusion with Charley being pursued by a cop, a suspicious detective and being mistaken for a lunatic! Original music scores composed and performed by Stuart Oderman!
back to top