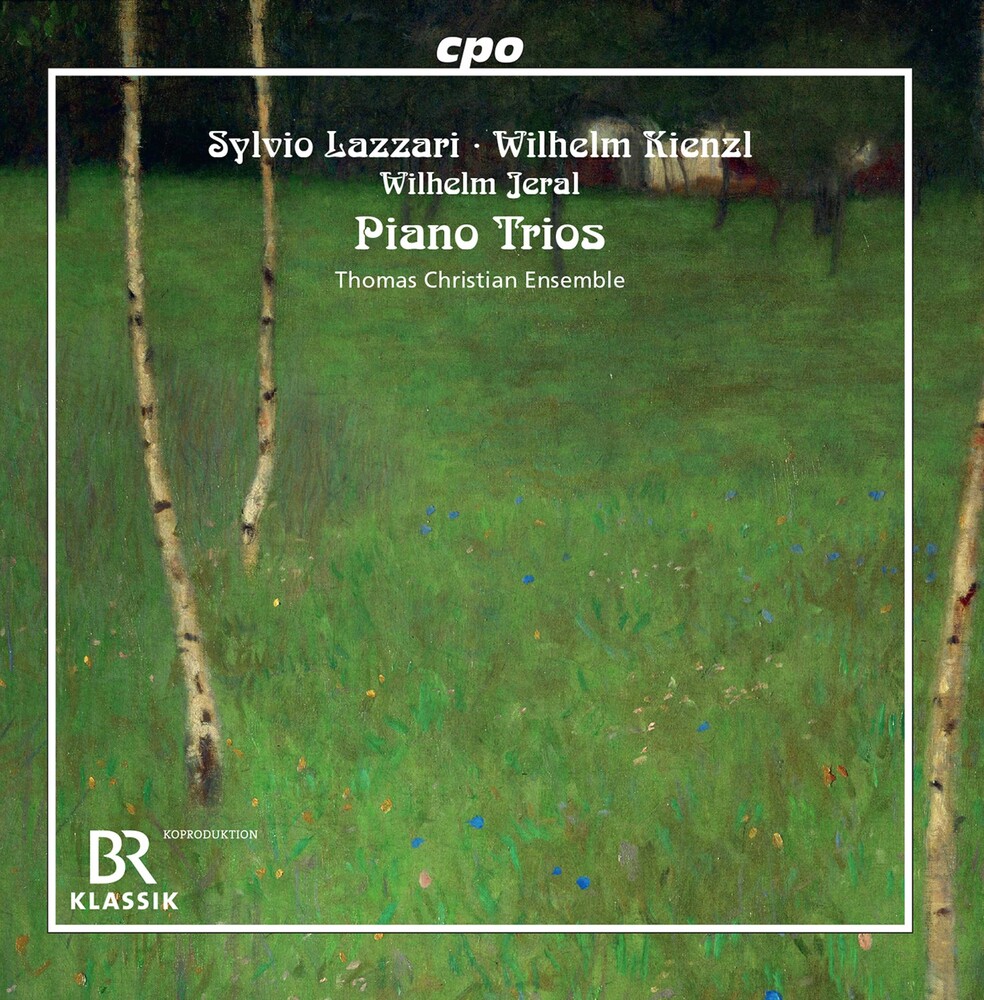 Two rarely performed piano trios by Sylvio Lazzari and Wilhelm Kienzl form the core of this album. Lazzari's Piano Trio op. 13 is characterized by a passionate tone and displays the composer's dramatic talent; like Kienzl, Lazzari would later become first and foremost an opera composer. Sylvio Lazzari was known for his skillfully crafted, sonorous music. In comparison with Lazzari's work, the piano trio by Wilhelm Kienzl is even more melodic and full of verve, even if it is also more conventional - which is not surprising since it is by a twenty-three-year-old student. His piano trio is full of youthful freshness. At times Kienzl's music exhibits flowing structures reminiscent of Schubert, and a hint of salon music wafts through the piece. A propos: Wilhelm Jeral's "Sérénade Viennoise," arranged for piano trio, is presented as a charming encore. This musical gem with "Wiener Schmäh," as irresistible as a slice of plum cake with whipped cream on top, is congenially brought to the musical table!