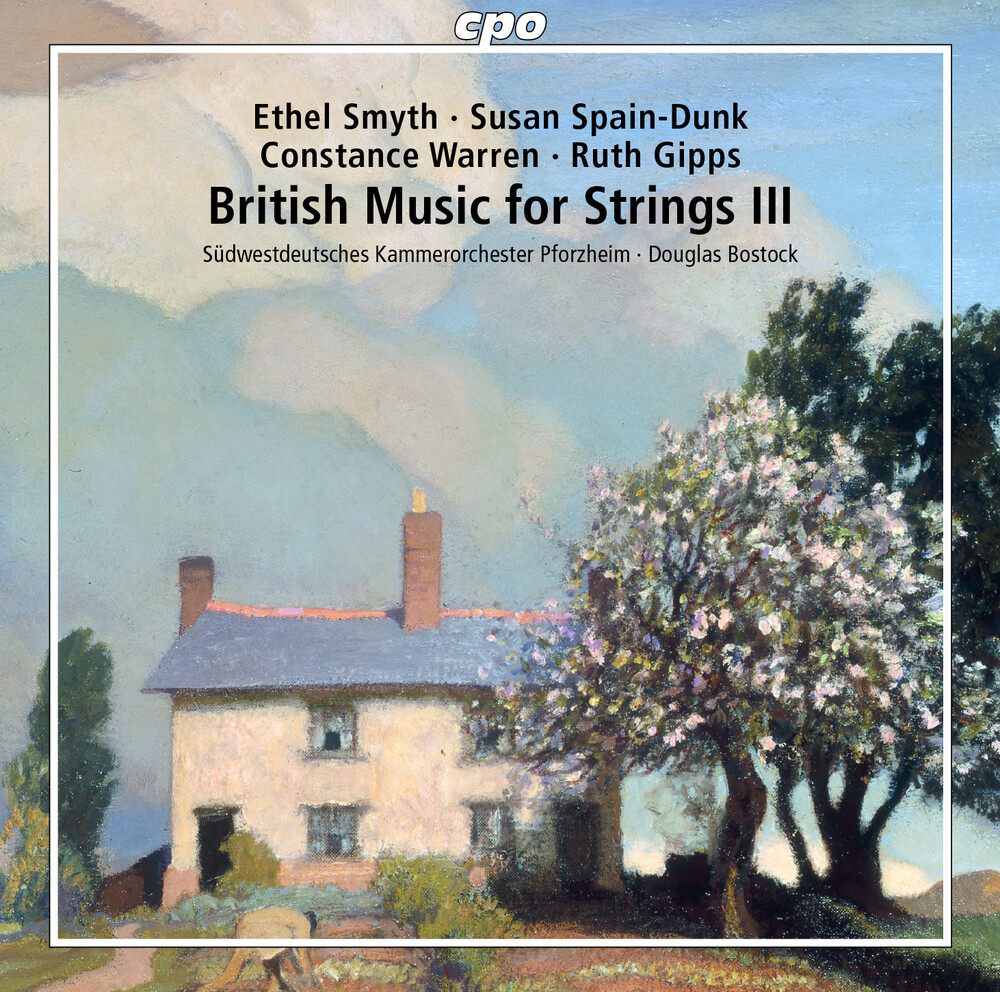 Vol. 3 in our successful series with Music for Strings by British Composers features works by four important Women Composers, some of whom initially were underappreciated and whose music only later was performed again and received proper recognition. However, the period from 1893 to 1934 was still an extremely favorable time for British women composers who wanted to present their works on their country's concert stages inasmuch as they could count on support principally from Sir Henry Wood at the Proms and Dan Godfrey in Bournemouth. Ethel Smyth (familiar to our listening audience from cpo albums with works by her) and Susan Spain-Dunk in particular profited from this support. In addition, this release presents recording premieres of string compositions by Constance Warren and Ruth Gipps, in part in editions by the conductor Douglas Bostock himself. On Vol. 3 the Southwest German Chamber Orchestra of Pforzheim once again "explores the works with a lot of understanding for the particular personal style and with a fine sense of sound. Douglas Bostock knows how to bring out manifold colors from the orchestra and also, when needed, how to sharpen the tone and to place the sonority of the whole in the foreground" (klassik. Com 4/2021 of Vol. 2).