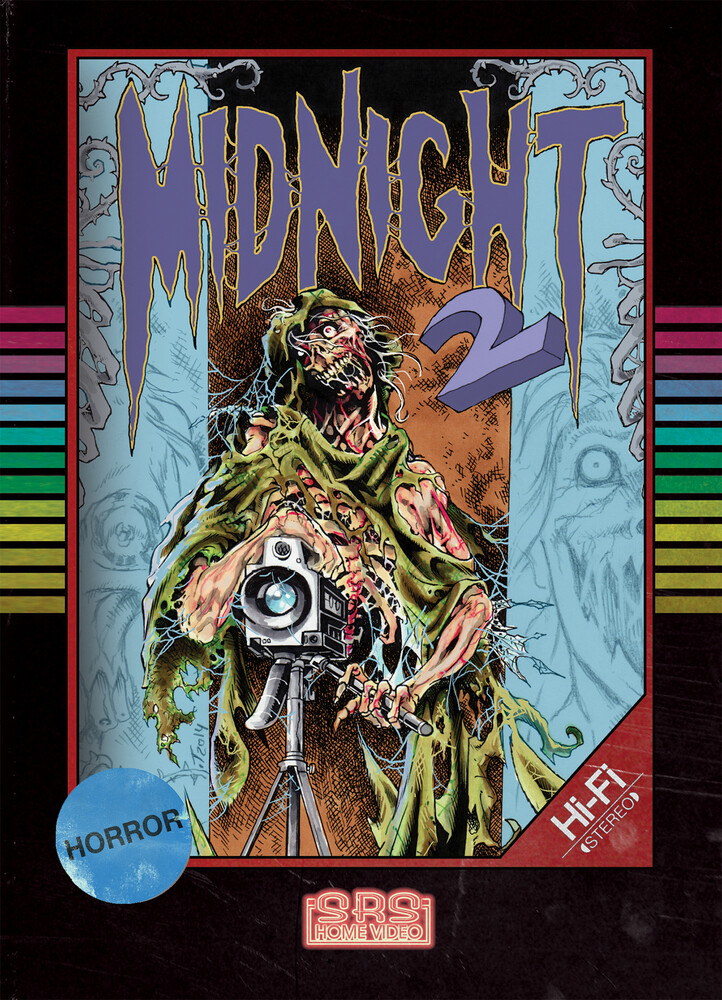 Another SRS Retro Release!! No one will ever be able to forget the unspeakable atrocities committed one dark midnight at the Barnes farmhouse. Now, years later, Abraham (Matthew Jason Walsh), the last surviving member of the crazed family, has taken up residence in the suburbs of Pittsburgh. Armed with a video camera and his various implements of death, he stalks the streets of the city to satisfy his bloodlust... searching the psyches of his victims for his perfect mate. Enter Rebecca (Jo Norcia), a beautiful young bank teller who has unwittingly come under Abraham's deadly camera lens. With the help of a hard-boiled police detective (Chuck Pierce), she may be able to solve the murder of her best friend... or become the ultimate sacrifice in a deadly game of cat-and-mouse. From writer/director John A. Russo (HEARTSTOPPER, NIGHT OF THE LIVING DEAD) comes a suspense-filled, nightmarish voyage through the mind of a serial killer... a voyage that leads straight into the heart of MIDNIGHT 2: SEX, DEATH AND VIDEOTAPE!