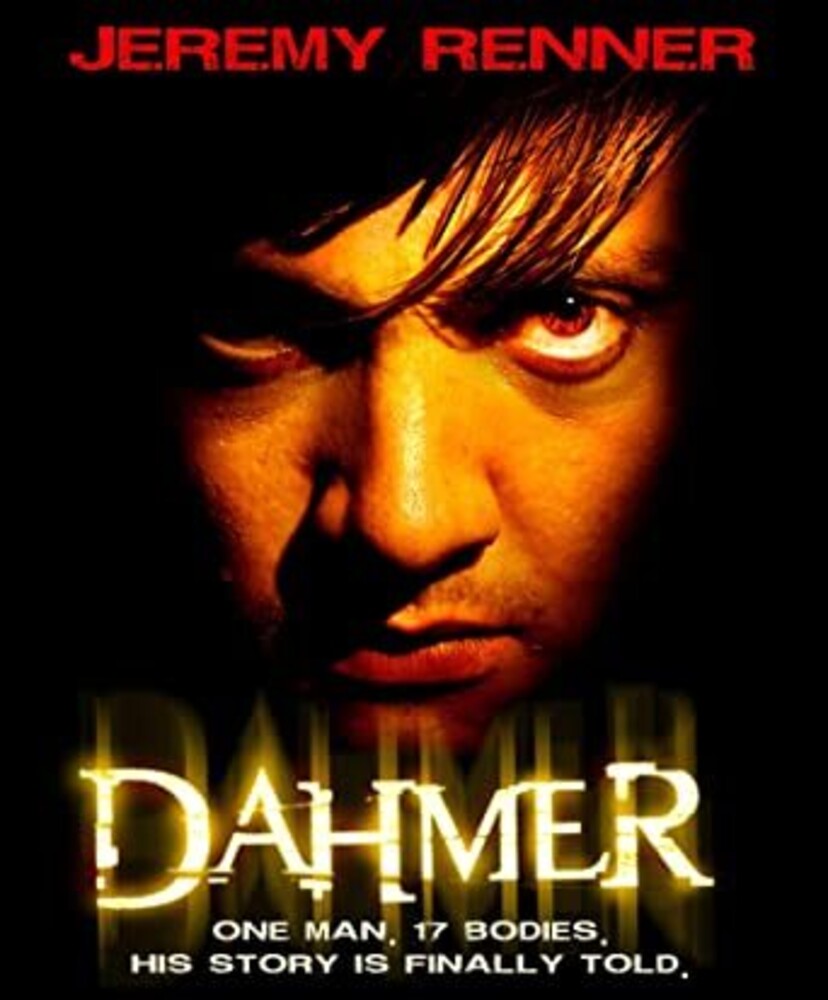 A butcher. An animal. A monster. Jeffrey Lionel Dahmer (Academy Awardc nominee* Jeremy Renner, "The Hurt Locker", Marvel's "The Avengers") was vilified when authorities discovered he murdered, dismembered, and even tried to consume the bodies of 17 young men in Milwaukee, Wisconsin. But is there such a thing as a human monster? Starting somewhere between popular legend and historical fact, Dahmer dares to explore the truth of a man many called an abomination of nature, but who was most decidedly a living, breathing person. Inspired by life events, it takes you into the demented world of this lonely factory worker and examines the ways in which his twisted personal pain led to the most self-destructive extremes of human cruelty.