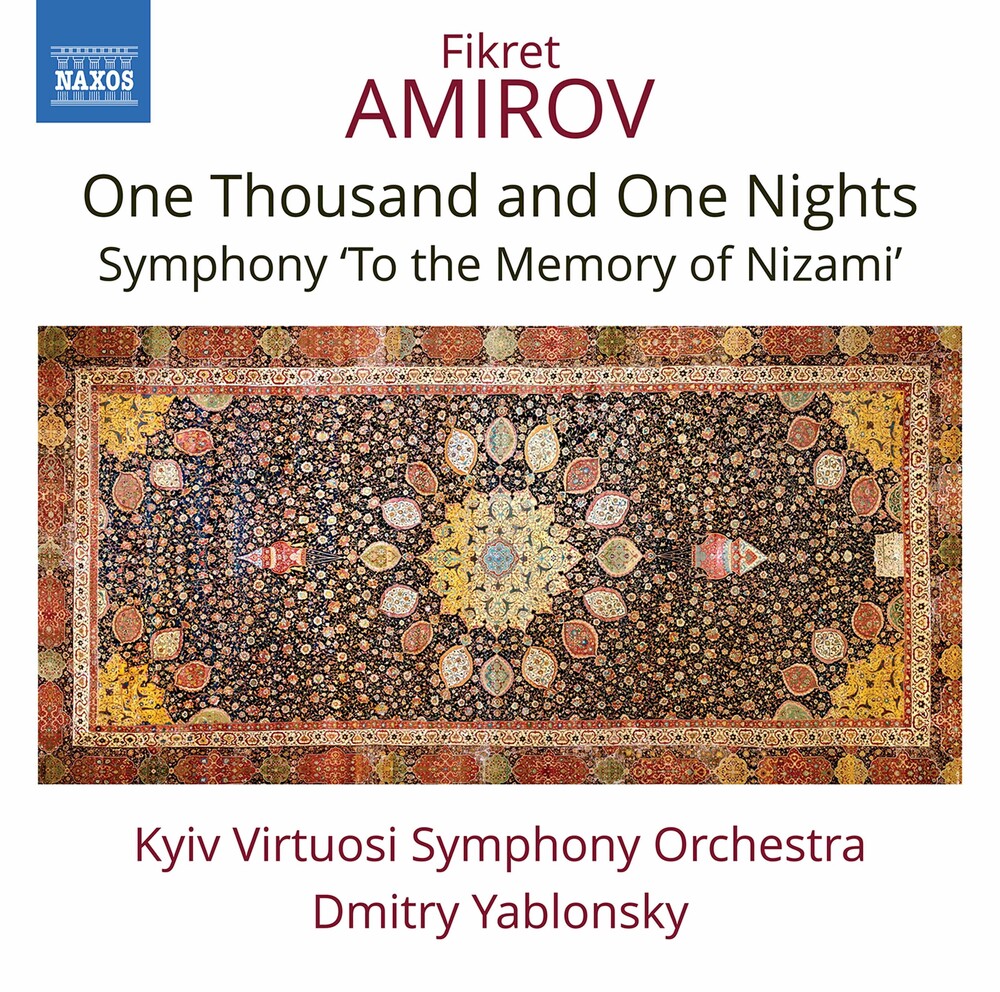 Fikret Amirov is one of Azerbaijan's best-known 20th-century composers in the classical tradition, and the inventor of the 'symphonic mugam' based on traditional folk melodies (as can be heard on Naxos 8.572170). Symphony 'To the Memory of Nizami' reflects the character of the celebrated and influential Muslim poet and philosopher Nizami, who was born in the ancient city of Ganga in Azerbaijan. Amirov's skill in evoking fantastic worlds is heard in a suite derived from the ballet One Thousand and One Nights, in which this famous narrative about the seductive and perilous Orient resolves from a cinematic chase into a memorable love scene and final triumphant celebrations. GRAMMY Award-nominated cellist/conductor Dmitry Yablonsky has made numerous highly successful recordings for Naxos, and his connection with Azerbaijani music reinforced with releases such as Piano Concertos (8.572666) that are 'Romantic treasures that reward repeated listening'. (MusicWeb International)