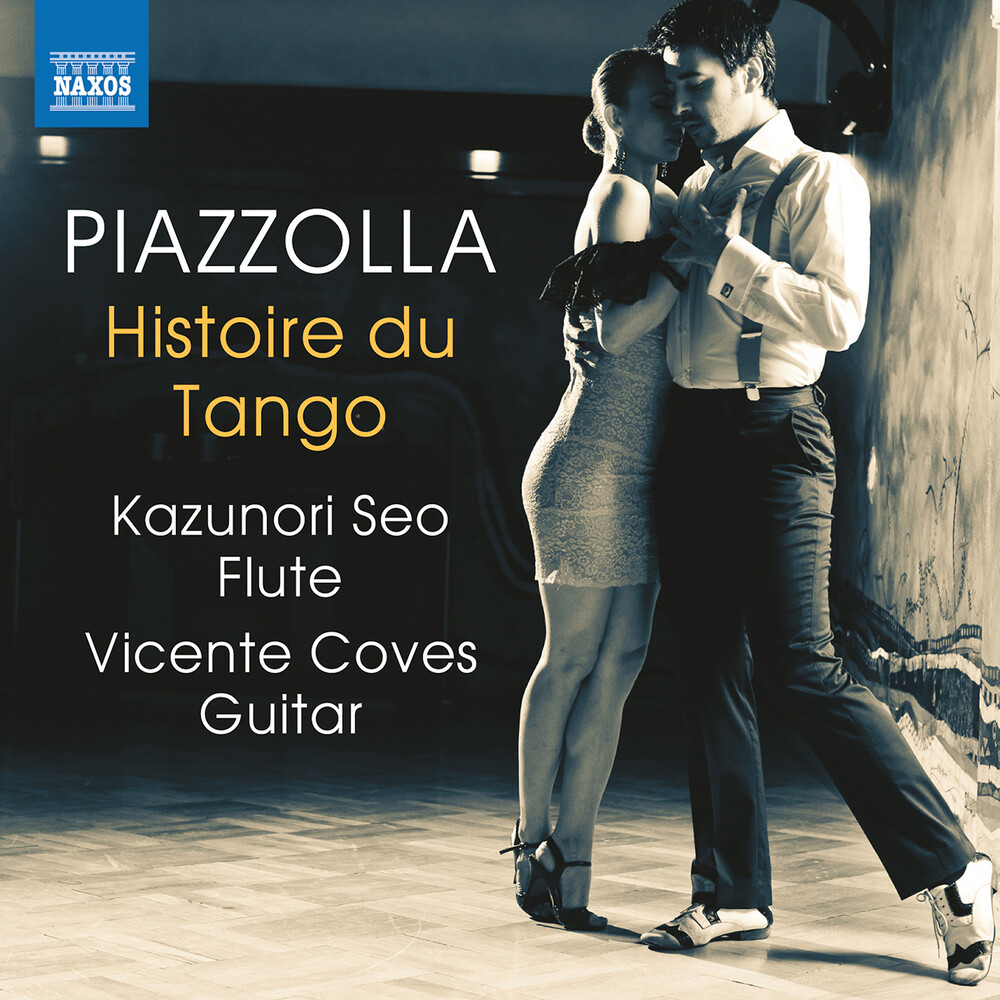 The combination of flute and guitar was a feature of early tango recordings - instruments central both to the genre and to the music of Astor Piazzolla. The composer's quintessential Histoire duTango charts the form's evolution from it's appearance in the barrios of Buenos Aires to it's eventual assimilation by classical composers. The Six Études tanguistiques for solo flute is Piazzolla's only work for a melodic unaccompanied instrument. The remainder of the program presents a sequence of arrangements by Vicente Coves and Kazunori Seo and includes some of Piazzolla's most famous and beautiful compositions as well as preserving a historically important, previously unreleased recitation by Horacio Ferrer.