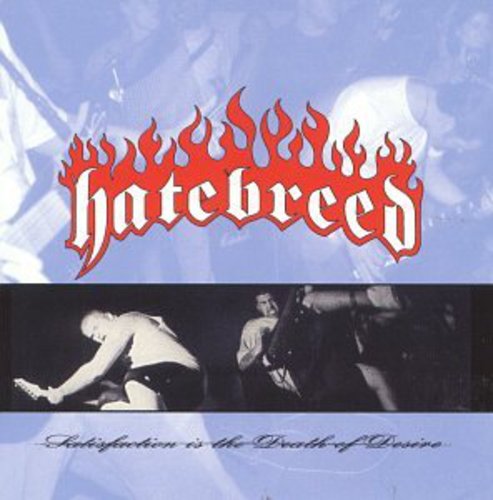 Satisfaction Is the Death of Desire
Artist: Hatebreed
Format: CD
New: Not in stock
Wish

New Haven CT's Hatebreed have grown into one of the most sought after hardcore bands in the U.S.. Their perfect combination of brutal metallic riffs gut wrenching vocals and classic most parts have catapulted them to the forefront of the hardcore genre.

''Satisfaction Is the Death of Desire'' is the first full-length album by the American hardcore band Hatebreed. It was released on November 11, 1997 through Victory Records. This was the band's breakthrough album, with the majority of critics praising it, even calling it a "hardcore classic". It lifted them out from the underground scene and thanks to this rise in fame they got a record deal with Universal Records. - Wikipedia