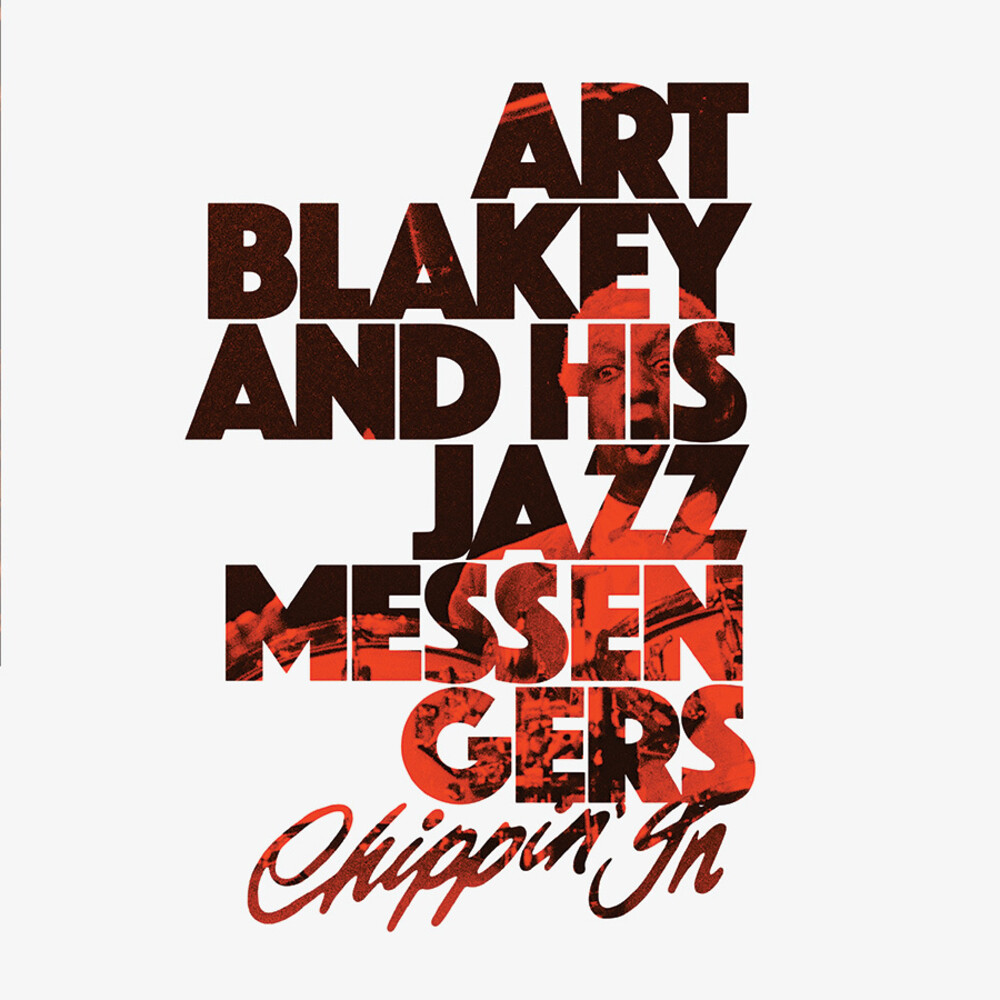 Art Blakey (1919-1990) actually needs little introduction, the American Jazz drummer and bandleader made a name for himself in the 1940s & 1950s playing with contemporaries such as Miles Davis, Dizzy Gillespie and Charlie Parker. He is often considered to have been Thelonious Monk's most empathetic drummer (he played on both Monk's first recording session in 1947 and his final one in 1971). In the decades that followed Blakey recorded for all THE labels that mattered in the field of jazz (Columbia, Blue Note, Atlantic, RCA, Impulse!, Riverside, Prestige, Verve, etc.). His collaborations were numerous and include working with equally legendary artists such as Sonny Rollins, Max Roach, Chet Baker, John Coltrane... and countless others. Art Blakey was a major figure and a pioneer for modern jazz, he assumed an aggressive swing drumming style early on in his career and is known as one of the inventors of the modern bebop style of drumming. His signature polyrhythmic style was amazing, exuding power and originality, creating a dark cymbal sound punctuated by frequent loud snare and bass drum accents in triplets or cross-rhythms. A loud and domineering drummer... but Blakey also listened and responded to the others in the band. He was an original, an important drummer you'd hear... and would recognize immediately. Art Blakey was inducted into the Downbeat Jazz Hall of Fame (1981), the Modern Drummer Hall of Fame (1991), the Grammy Hall of Fame (1998 and 2001) and was awarded the Grammy Lifetime Achievement Award posthumously in 2005. He was sampled and remixed by renowned acts such as Raekwon, Black Eyed Peas, A Tribe Called Quest, Digable Planets, Buscemi, KRS-One and Madlib. In the mid-1950s he and Horace Silver formed 'The Jazz Messengers': a group that Blakey would perform and record with for the next 35 years. Originally formed as a collective of contemporaries... but over the years the band became known as an incubator for young talent that included artists such as Freddie Hubbard, Wayne Shorter, Cedar Walton, Chuck Mangione, John Hicks... and MANY others. Art Blakey went on to record dozens of albums with a constantly changing group of Jazz Messengers. Blakey's final performances were in July 1990. He died on October 16 of lung cancer. The legacy of Art Blakey and his band is not only the music they produced but also the opportunities they provided for several generations of jazz musicians. Released on the legendary Dutch jazz label Timeless Records and one of his final recordings... on the album we are presenting you today (Chippin' In) you'll find ten sublime tracks recorded at Rudy van Gelder's Recording Studio in February 1990. Art Blakey passed away just 8 months after these tracks were cut and you can't hear any signs of him slowing down at all. For these specific recordings, The Jazz Messengers were expanded from it's usual quintet or sextet into a septet and they showcase their energetic signature sound with remarkable style, musical knowledge, a dash of good humor and camaraderie you'd expect from a world-class band who have entertained, thrilled and amazed for almost five decades. The line-up on these fantastic sessions includes non-other than Essiet Okon, Geoff Keezer, Dale Barlow, Javon Jackson, Frank Lacy, Steve Davis and Brian Lynch... impressive to say the least! Chippin' In sounds as successful, young and vibrant as ever! Expect supercharged hard bop with striking notes, no-holds-barred musicianship, high swinging solos, screaming choruses and plenty of solid virtuosity to spare. This electrifying set of tracks contains both originals and several eclectic versions of standards... making this release a bonafide hit and a must-have for any self-respecting jazz fan or collector. Tidal Waves Music now proudly presents the FIRST ever vinyl release (these recordings were never issued on vinyl before) of "Art Blakey and The Jazz Messengers 'Chippin'In". This unique album comes as a deluxe 180g DOUBLE vinyl edition (strictly limited to 500 copies) with an obi strip. The jacket features exclusive session pics shot by legendary Dutch photographer Joost Leijen (known for his work with artists such as Chet Baker and Pharoah Sanders), also included is an insert with liner notes by renowned author and producer Russ Musto. This North American vinyl version is limited to 500 copies on Clear Vinyl (2XLP) and also comes with an obi strip.