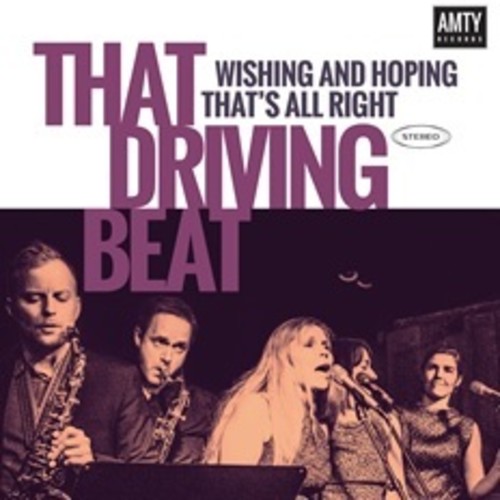 Seven inch vinyl pressing. That Driving Beat from Stockholm are ready to conquer the world. The first steps were taken last year when Amty records released the band's Good Loving EP. Played and celebrated by Northern Soul fans across the globe, Good Loving showed a band with real soul music playing skills as well as a hell of a lot of promise. Here That Driving Beat return with an even more soulful and perhaps more mature sound. On 'Wishing And Hoping', back-up singer Ulrika Orre takes on the vocals and boy can that girl sing. Ulrika started out as a jazz singer in school and in small jazz bands on the Swedish countryside. In the Northern Soul sounds of That Driving Beat she has found her true musical calling. Listen to Ulrika Orre sing once and you will want to hear that brilliant voice over and over again. The song 'Wishing And Hoping' was originally recorded by Billy Keene in 1968. The b-side of the single is 'That's Alright', originally recorded by The Blue Aces in 1966. 'That's Alright' is sung by lead vocalist Yvonne Jallow.
back to top