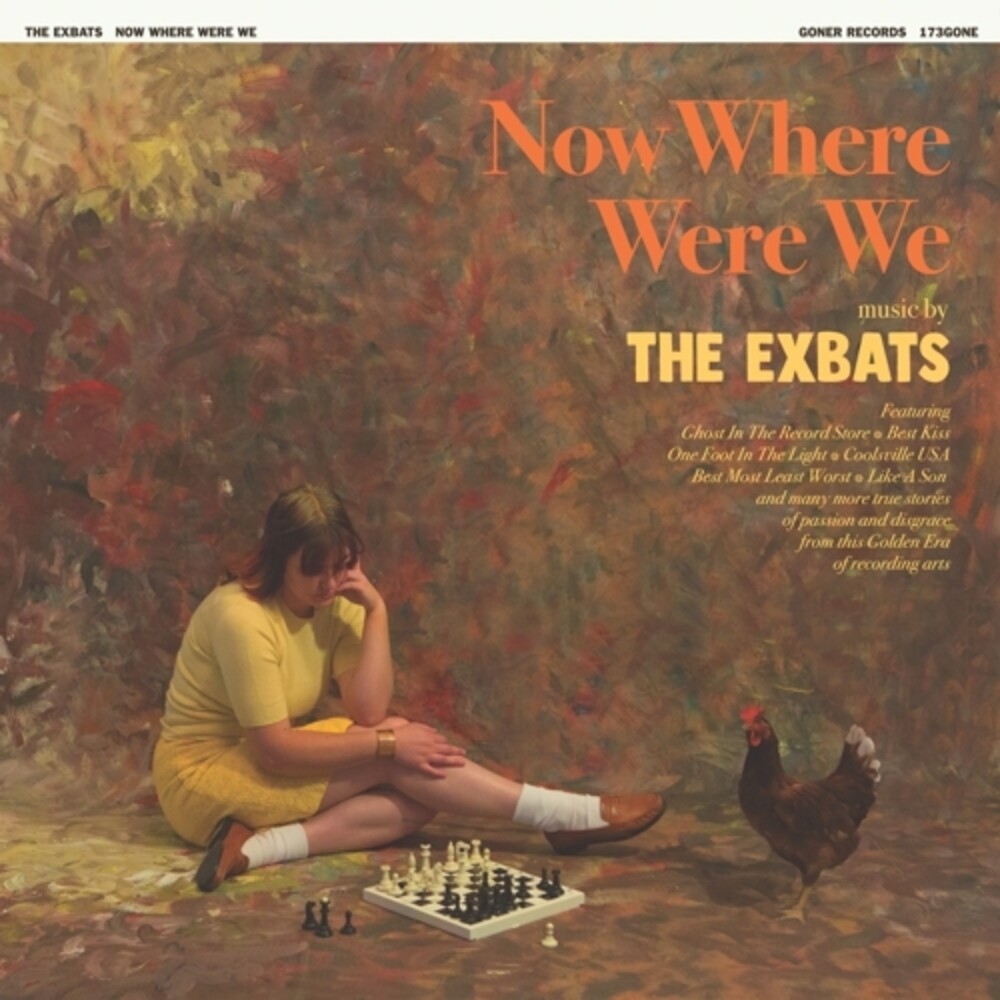 Now Where Were We
Artist: Exbats
Format: CD
New: Not in stock
Wish

On Now Where Were We, The Exbats hit the ground running like a dystopian garage rock version of the Shangri-Las, or like a message to the future from the pre-Velvet Underground doo-wop wannabe Lou Reed. The album rings bright, like a beacon in the wilderness: eminently, effortlessly catchy, and loaded with buoyant choruses that rank alongside the best chart-toppers launched by the Brill Building or Phil Spector's Wall of Sound.Kenny McClain and his daughter, vocalist and drummer Inez McClain, formed the nucleus of the Exbats over a decade ago, when Inez was just 10 years old; today, Bobby Carlson rounds out the group on bass. Despite their remote location in Bisbee, Arizona, just eleven miles north of the U.S.-Mexican border, the group quickly racked up accolades citing a wealth of influences that run from cartoon quintet the Archies to punk rock originators the Avengers, and from the so-sweet-it-hurts 1910 Fruitgum Company to Los Angeles antiheroes the Weirdos. Truthfully, The Exbats embrace a wider swath of musical styles, incorporating blue-eyed soul, tongue-in-cheek country, Brit pop, psych, and R&B into their sound.The McClains describe this album as "more ambitious" than it's predecessors. They tooled ninety minutes northeast to Tucson to record, per usual, with Matt Rendon at Midtown Island Studios. Months later, the Exbats emerged with an album imbued with harmoniously cautious optimism-the musical equivalent but psychological antithesis to the Brian Wilson-Tony Asher masterpiece "I Just Wasn't Made For These Times." While Wilson was looking for "a place to fit in," The Exbats have found sanctuary via the brilliant "Ghost In The Record Store," which is "for all of us who need the joy of a little bit of plastic making lots of noise." Like the best records to croon along with, Now Where Were We is captivatingly simple, yet hardly simplistic. The Exbats are singing from their hearts-and they aren't afraid to bare their souls.