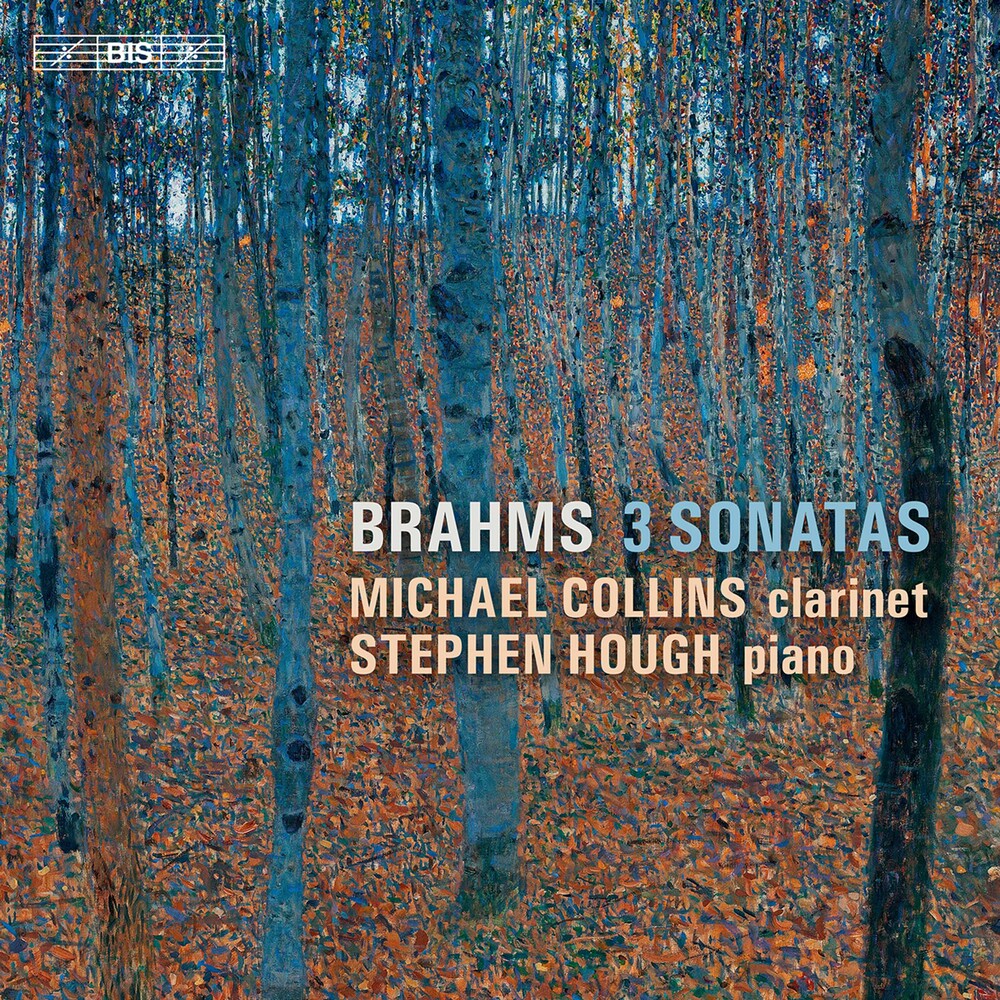 Friends of long standing as well as regular partners in chamber music, Michael Collins and Stephen Hough bring their combined musical insights and expertise to bear on Johannes Brahms's sonatas for clarinet and piano. Together with the composer's trio for clarinet, cello and piano and clarinet quintet, the sonatas are among the most treasured works in the repertoire of the instrument - but it is partly down to good luck that we have them at all. When Brahms in 1891 heard the clarinetist Richard Mühlfeld, principal clarinet of the Meiningen Court Orchestra, he had already announced his retirement. He was enraptured by Mühlfeld's playing and it's vocal qualities, however, and made a 'comeback': during the following couple of years he composed all four of his clarinet works. These were written especially for Mühlfeld, whose spirit does seem to pervade the two sonatas - we hear an unusually sunny and lyrical Brahms, with plenty of opportunity to sing for both instruments. When the sonatas were published, they appeared with alternative viola parts to replace the clarinet, and soon violin versions prepared by the composer were also brought out. For the opening work on the disc, Michael Collins has therefore taken a leaf out of Brahms's book, by adapting the composer's Violin Sonata No. 2, another late work. The amount of adaptation needed is small: a lot of the violin writing fits the clarinet well, and the sonata share much of the songlike quality of the two 'real' clarinet sonatas.