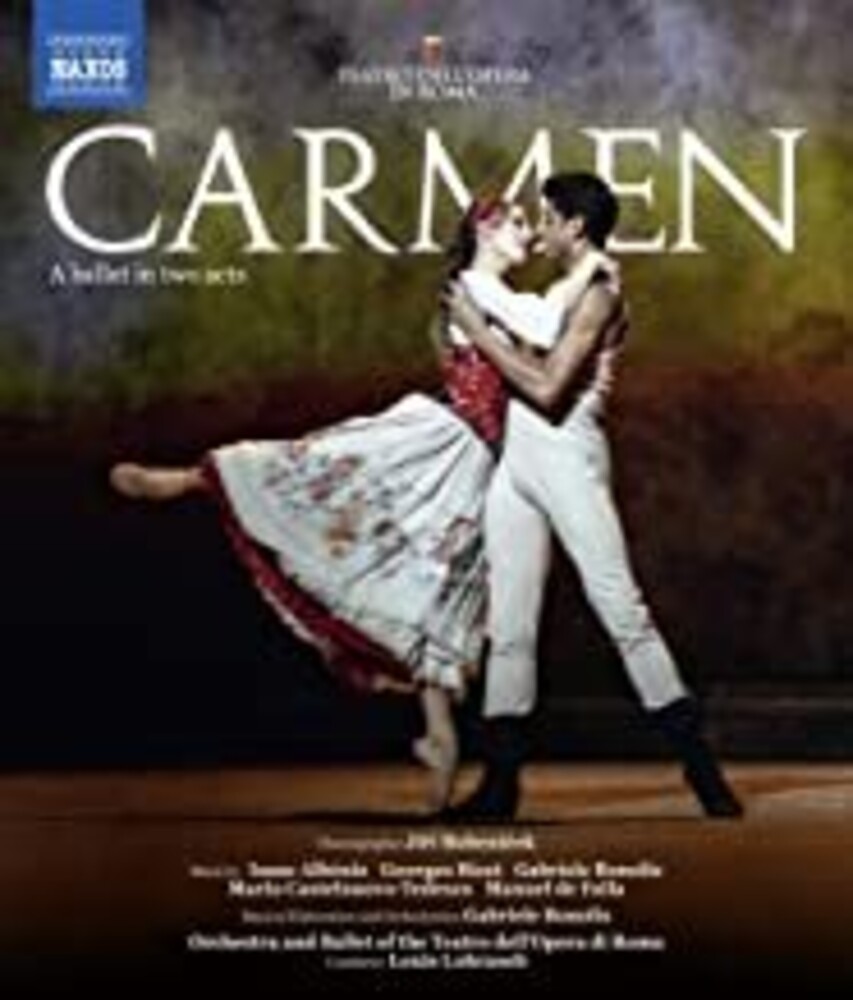 Choreographer JirĂ­ BubenĂ­cek's Carmen celebrates the incredible inspiration of Bizet's timeless music in a completely new two-act ballet that also includes music by AlbĂŠniz, Castelnuovo-Tedesco and Falla, orchestrated and adapted by Gabriele Bonolis. The production emphasizes aspects of the original drama, heightening the erotic atmosphere of the cigar factory and Carmen's wild spirit, and including a spectacular on-stage horse. The sensational choreography closely depicts the storyline of Prosper MĂŠrimĂŠe's original novella in a production that was hailed by critics as a triumph. The Corpo di Ballo of the Teatro dell'Opera di Roma shines in this production, with Principal Dancers including Rebecca Bianchi in the role of Carmen, Amar Ramasar as Don Jose, and Alessio Rezza dancing the part of Lucas.