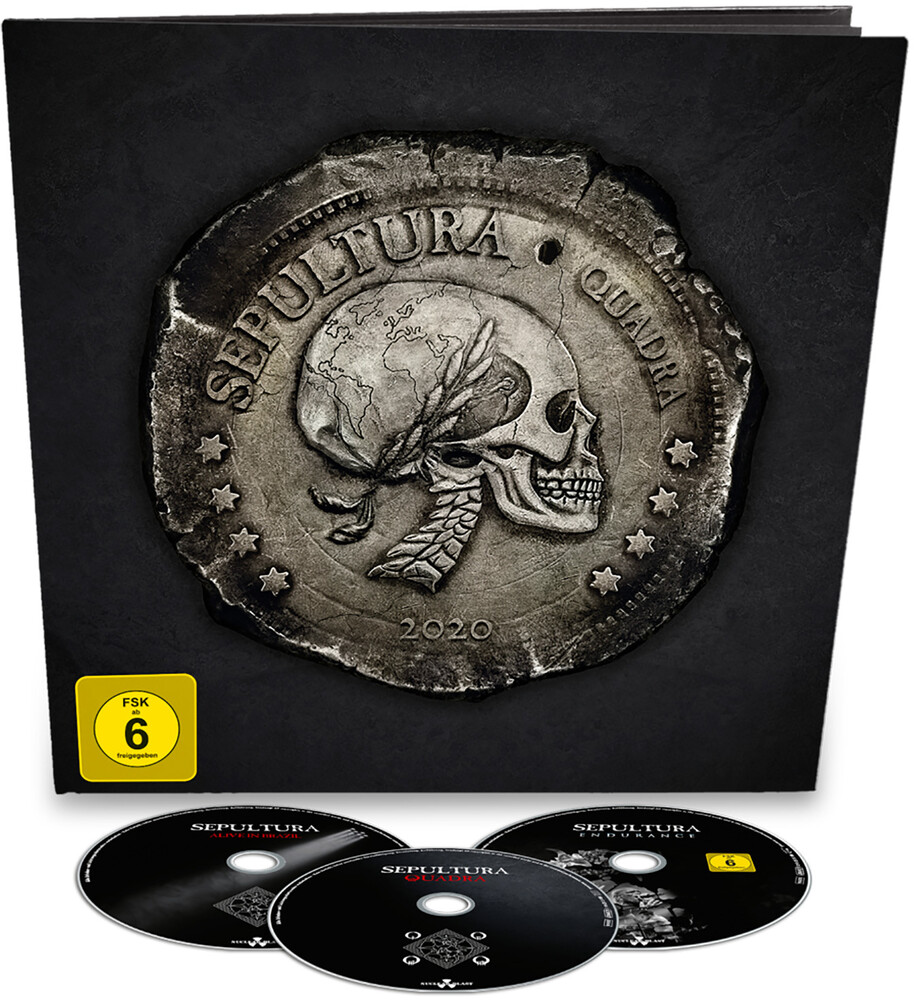 It goes without saying that the global metal scene would not be the same without Sepultura. For 35 years now, the Brazilian icons are not only a band revered worldwide; they have been, are and forever will be at the very forefront of Thrash Metal, trailblazing ever since they released their long-since legendary debut album "Morbid Visions" in 1986. While quickly establishing themselves as leaders of the second wave of Thrash already in the late eighties, to this day they never came even close to stagnation. "Quadra", their mighty new undertaking, is proof of a will unbroken, a thirst unquenched and a quality so staggeringly high it's a wonder this band doesn't implode. Now three albums deep into what may very well be their strongest incarnation yet - uniting the talents of old-school members Andreas Kisser (guitars, vocals) and Paulo Xisto Pinto Jr. (bass), vocal force of nature Derrick Leon Green (vocals) and drummer Eloy Casagrande - Sepultura are an unleashed power to be reckoned with, uniting bucketloads of experience and youthful vigour in a totally revived way.