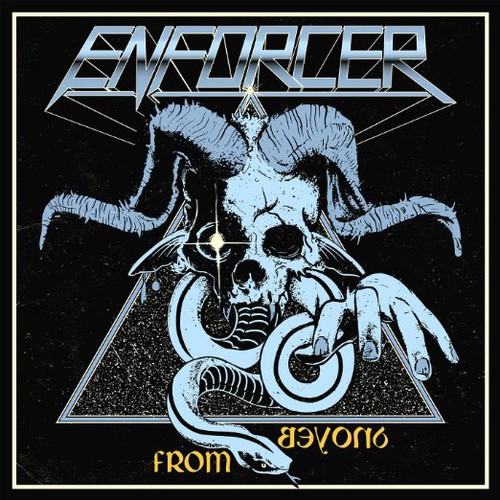 Founded 2004 in the secluded town of Arvika, Sweden, ENFORCER have established themselves as the leaders of the new generation metal bands: devoted to the roots of real metal in any conceivable way, weather its spirit, sound or authenticity. After unleashing their debut »Into The Night« (2008), a sophomore attempt »Diamonds« (2009) and their relentless and energy-driven touring onslaughts, ENFORCER found their destined path with the 2013 album »Death By Fire«. 2015 sees the release of the fourth ENFORCER record, entitled »From Beyond«.

“The intention of the song writing of »From Beyond« was to continue the path we started with »Death By Fire«. To exaggerate our own sound and to write direct and uncompromising metal songs. In opposite to most of the other new bands, we don't decide to play a certain type of music and therefore limit ourselves in the song writing. We do whatever we want and feel totally free in composing songs,“ commented ENFORCER vocalist & guitarist Olof Wikstrand.