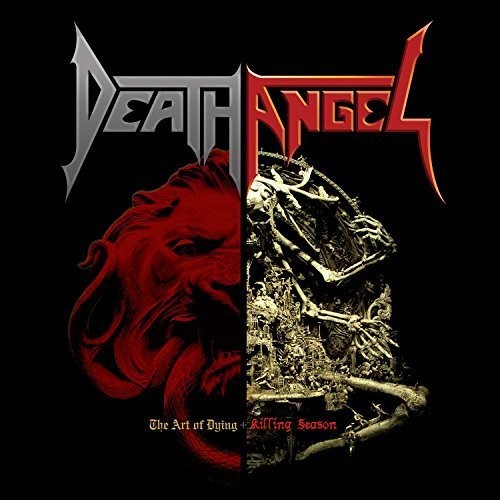 Limited two CD digipak release that contains two albums by the Bay Area-based metal band: The Art of Dying (2004) and Killing Season (2008). Death Angel was initially active from 1982 to 1991 but reappeared on the scene again in 2001. The band has gone through several line-up changes, leaving guitarist Rob Cavestany as the only constant member; him and vocalist Mark Osegueda (who joined in 1984) are the only members of Death Angel to appear on all their albums.