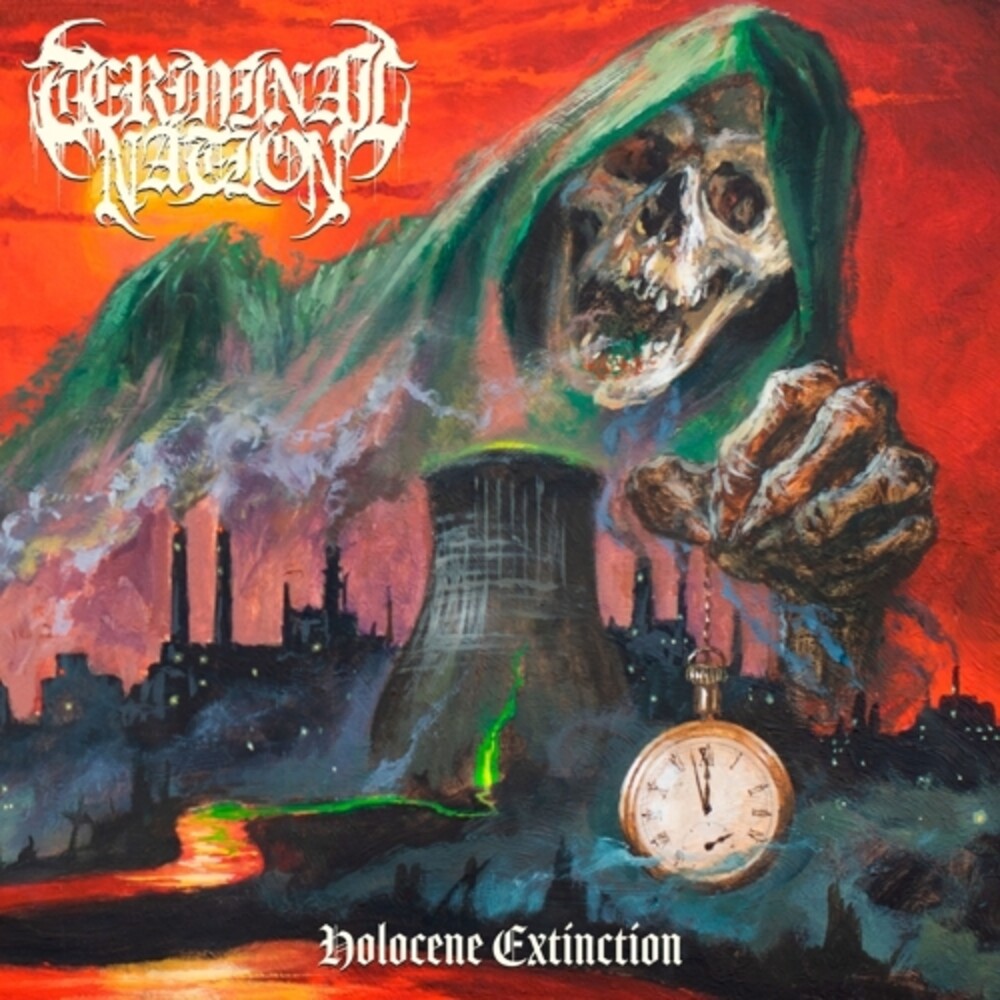 Limited colored vinyl LP pressing. 2020 release. America is a tinderbox. Lockdowns, pandemic, police brutality, kleptocracy, the orange menace. The injustice system is alive and well. Since day one Terminal Nation has been shining a light on it all through their crushing music, point blank lyrics, merch and media, lashing out at institutional corruption and racist power structures. And not from a liberal coastal enclave where it's a generally welcome message but from Deep Red Arkansas. Now with Holocene Extinction at hand, Terminal Nation return at a pivotal moment, where lines are being drawn and the possibilities of compromise are going up in smoke. Like fuel to the fires of dissent the band's brutally heavy amalgam of metallic hardcore, death metal and power-violence eviscerates with unforgiving sincerity the recognizable and the insidious forces propping up the White Supremacy machine. Events are moving fast now, the dominoes are falling and everyday it's more apparent a reckoning is at hand. War is upon us and a Holocene Extinction is a likely outcome, because you cannot save a world that refuses to be saved