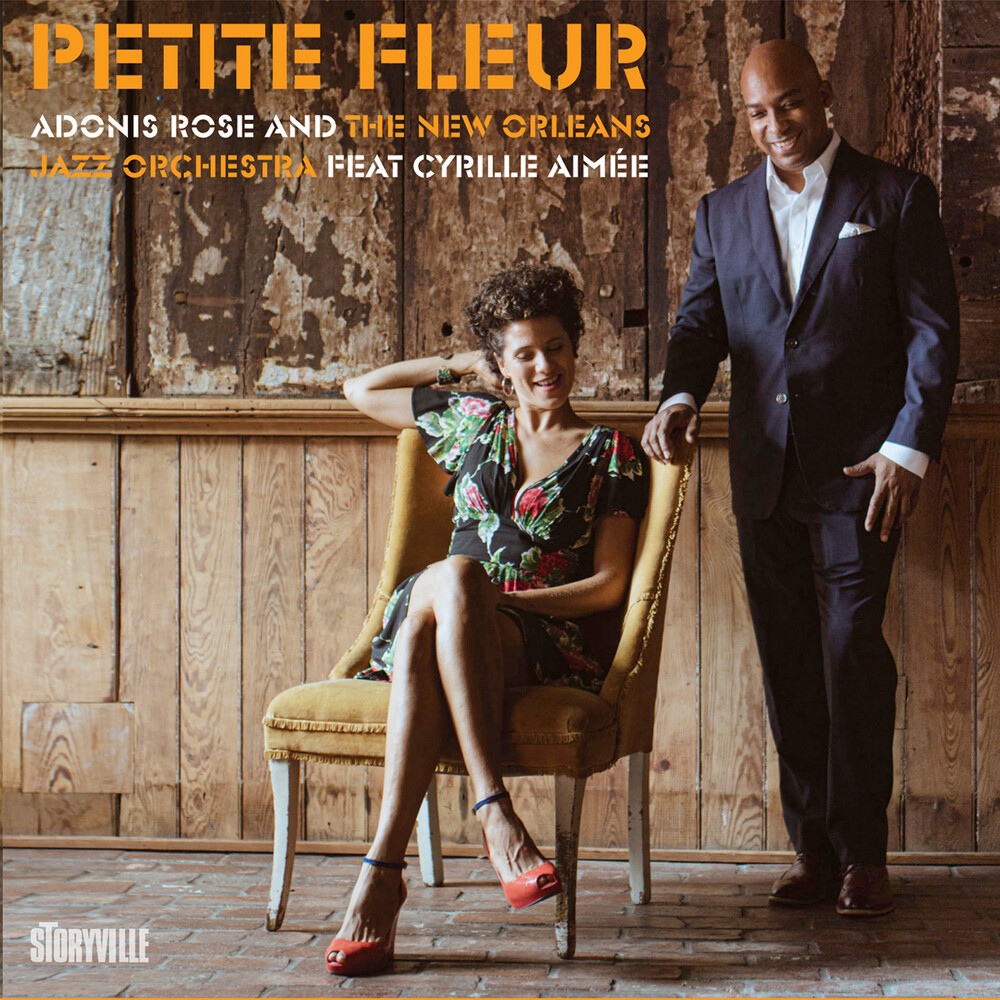 The celebrated New Orleans Jazz Orchestra examines and the profound relationship of it's hometown to the nation of France with it's release of Petite Fleur on Storyville Records. The second album under the artistic directorship of drummer Adonis Rose features ten songs, nine of them standards associated with French and New Orleans musicians. The tenth tune is an original by Cyrille AimĂ©e, the acclaimed jazz vocalist who was born and raised in France but now lives and works in The Big Easy itself. AimĂ©e is the NOJO's collaborator and vocalist on the album. It was the singer who initiated the collaboration, telling Rose that she would like to work with the 18-piece big band and asking if he had any ideas for a project. "I said, 'Well, okay, musically, how can I tell a story here?'" Rose recalls. "I thought about the long, shared history of those two places, and that became the concept. A narrative about the musical relationship between New Orleans and France." The title tune, a standard by early jazz clarinet legend Sidney Bechet, epitomizes the concept: A composition by a New Orleans artist living in France, performed by a New Orleans band with a French vocalist. Composers from both sides of the Atlantic, from Michel Legrand to Jelly Roll Morton, get similar treatment. So do various New Orleanian styles, from a stomp ("Get the Bucket") to a second line ("Down") to Fats Domino-style rock 'n' roll ("I Don't Hurt Anymore"). In addition to being it's spotlight vocalist, AimĂ©e is also Petite Fleur's featured soloist, applying her razor-sharp scat singing to "In the Land of Beginning Again," "On a Clear Day," and "Undecided."