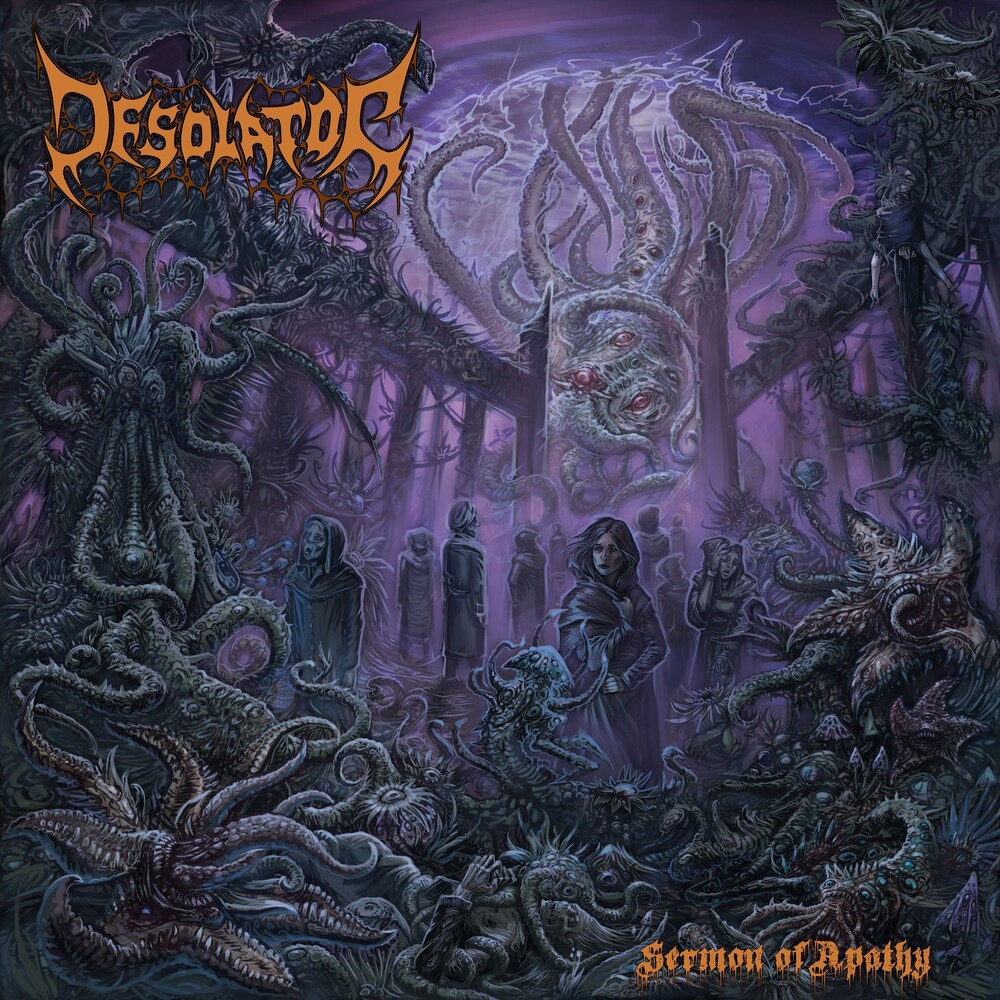 Desolator have been treading the hallowed ground of the Swedish death metal scene since 2009. Through an early demo (Gravefeast, 2010), a split (Dark Revival/Mass Human Pyre, 2011), and especially the triumphant Unearthly Monument full length in 2013, the quartet paid proper homage to the buzzsaw sound of the Stockholm masters of yore. Having conquered the saw, the band chose to start to move in another direction with their 2016 EP Spawn of Misanthropy. The four tracks begin to show a move away from the Stockholm sound with the addition of more dissonance and creative riffing akin to the work of early Morbid Angel and Immolation. Black Lion Records saw the promise of this sound in embryo, signing the band and re-releasing Spawn of Misanthropy on CD in 2018. Make no mistake, Desolator are Swedish death metal still. Sermon of Apathy, the latest effort by the band, shows plenty of teeth still. The buzzsaw may be buried a bit, the teeth not as obvious, but the saw still spins. On Sermon, the idea that Desolator began to birth in 2016 comes to full fruition. For you see, Sermon of Apathy is a Frankenstein's monster of death metal, fully sentient and fully functioning. The aggression of the Stockholm sound is tempered with creative and dissonant riffing reminiscent of the above named US death metal masters. This album does a masterful job of saluting key death metal styles of the past, while drawing from those styles to create their own unique path.