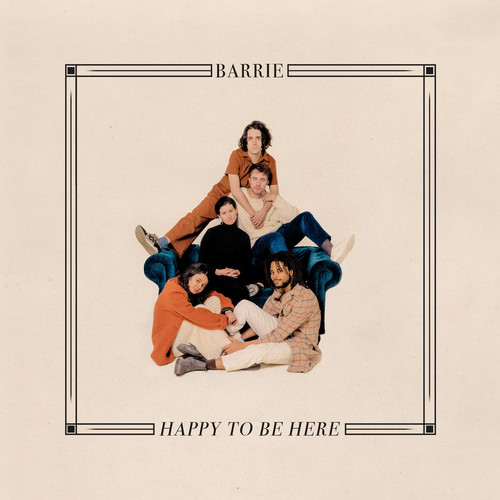 Inclusivity is at the heart of Barrie, the Brooklyn five-piece made of Barrie Lindsay, Dominic Apa, Spurge Carter, Sabine Holler and Noah Prebish. And on their debut LP Happy To Be Here, their multidimensional take on classic pop sounds awake and present, like a group that's daydreaming but firmly there with one another. Barrie, the band, is primarily her project; on the record, which she co-produced with Jake Aron (Snail Mail, Solange, Grizzly Bear), Lindsay plays guitar, piano, synth and bass. But still, Barrie is distinctly not a solo project, and Happy To Be Here-out May 3, 2019 via Winspear-is very much a full band record. Happy To Be Here offers snapshots of the band coming together in the city, after having lived all over: Boston, Baltimore, upstate New York, London, Sao Paulo via Berlin. "The scaffolding of this album is moving to New York and finding these people that make up the band, " Barrie says. "We're very different, but we cover each other's gaps personally and creatively, and are eager to learn from each other."