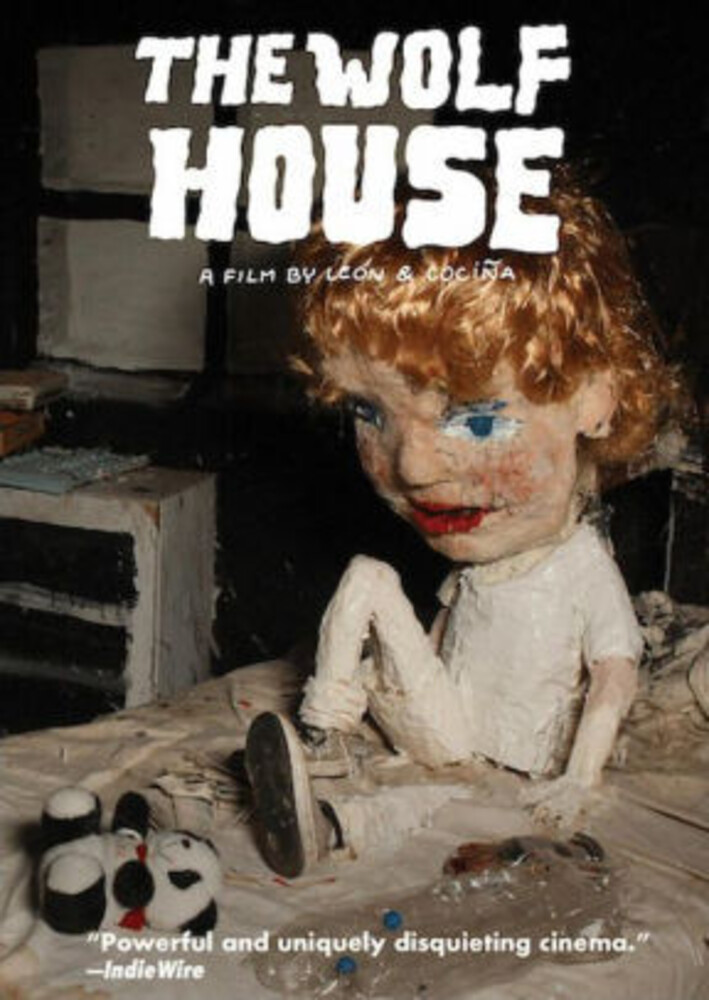 The Wolf House is an animated film unlike any other, an exquisitely handcrafted surrealist docu-horror-fairy tale about one of Chile's darkest periods. The film follows Maria, a young girl who hides in a mysterious abandoned house in southern Chile after escaping from a colony run by German religious fanatics. Maria is welcomed into the home by two pigs, the only inhabitants of the place. Like in a dream, the universe of the house reacts to Maria's feelings. The animals transform slowly into humans and the house becomes a phantasmagorical world of both beauty and horror. Inspired on the actual case of Colonia Dignidad, "The Wolf House" masquerades as an animated fairy tale produced by the leader of the sect in order to indoctrinate it's followers.