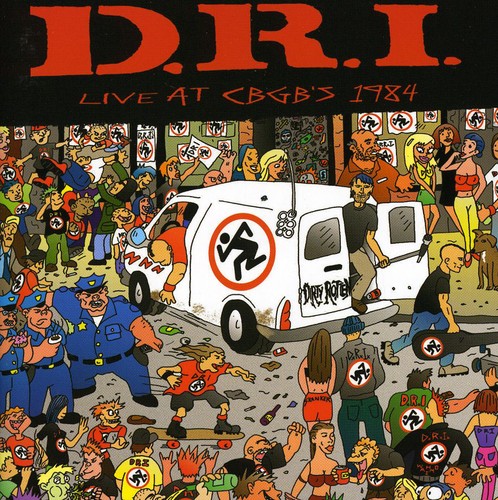 The early to mid-'80s saw several bands that would merge hard rock/metal together with hardcore - most being based in New York City at the time (Cro-Mags, Murphy's Law, and Bad Brains). There were certainly a few exceptions to this 'regional rule' however, as evidenced by Texas' D.R.I. Live at CBGB's 1984, which contains a whopping 40 tracks on a single disc - quite a few tracks fail to even reach the one-minute mark, does a fine job of capturing all of the fury and youth (singer Kurt Brecht sounds like he's about 13 years old). Included are explosive renditions of such early D.R.I. classics as 'I Don't Need Society', 'Reaganomics' and 'War Crimes'. If you frequented Sunday matinee hardcore shows at CBGB's in the '80s, then Live at CBGB's 1984 is sure to bring back some great mosh-pit memories.