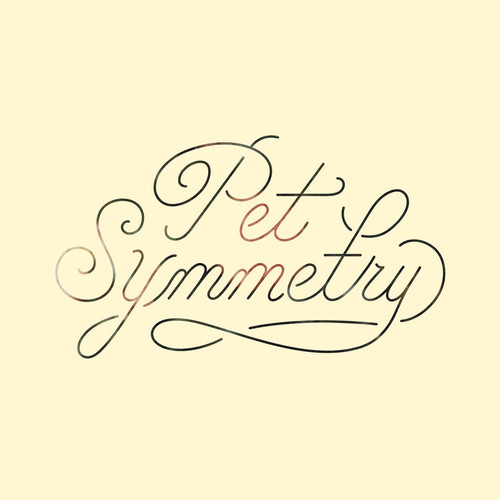 Pet Symmetry is a power-pop power trio consisting of Evan Weiss, Erik Czaja, and Marcus Nuccio. Vision is their second full-length album, and sixth release in all. Czaja and Nuccio are both founding members of Dowsing, a still-active Chicago-based group that has released three albums, two on regional powerhouse Count Your Lucky Stars and its most recent on seminal punk label Asian Man (who also released Pet Symmetry's first album). Weiss rose to prominence as Into It. Over It., a solo recording project that morphed into a full band with an extensive touring history of the U.S., Europe, and Japan. Weiss's fan base is rabid and loyal, taking an active interest in records he has released with Stay Ahead of the Weather and Their / They're / Their (his group with American Football's Mike Kinsella). Across Facebook, Twitter, and Instagram, the band members have a combined social reach of 145,000+ fans who will eagerly be awaiting word of new music from Pet Symmetry.