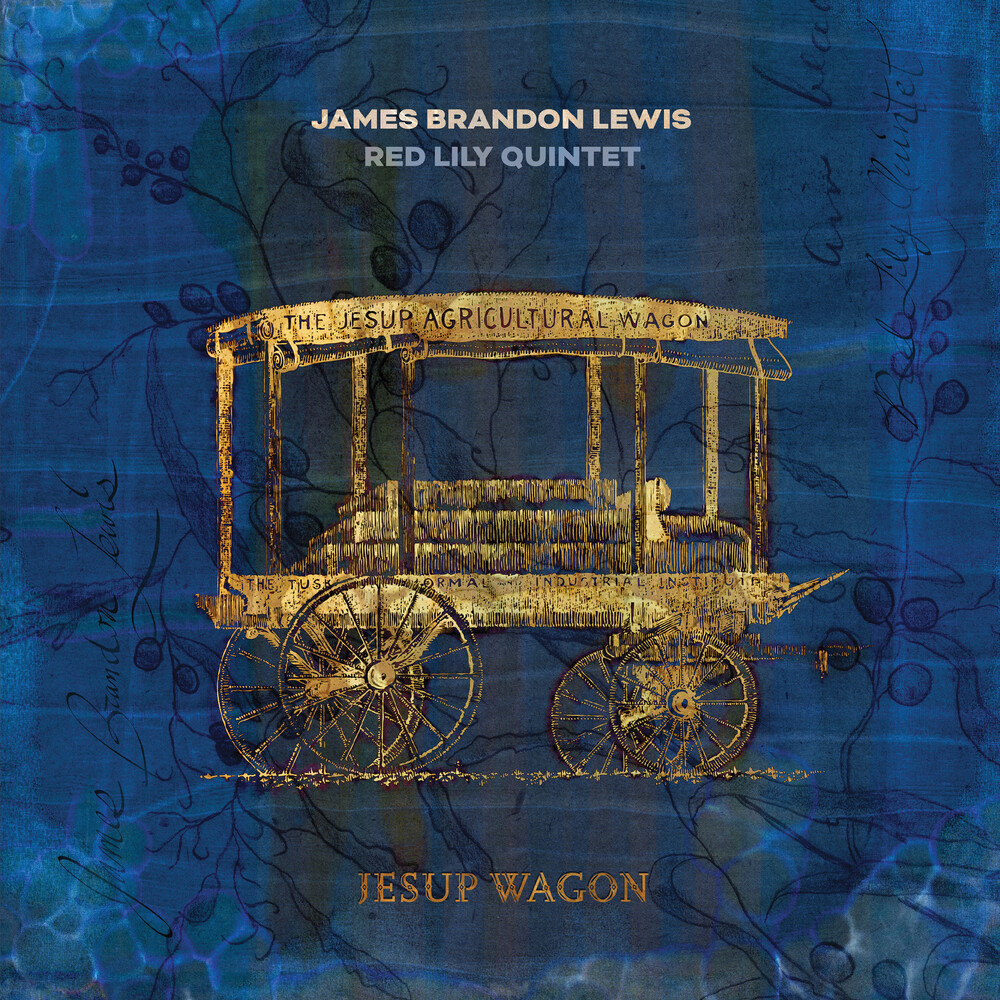 Jesup Wagon is the astonishing new work from the fertile creative mind of ascendant tenor saxophonist-composer James Brandon Lewis, voted Rising Star Tenor Saxophonist in the 2020 DownBeat Magazine International Critic's Poll. On his ninth release he leads the Red Lily Quintet, an exceptional inter-generational ensemble assembled specifically for this project. The album speaks eloquently to the forever-evolving continuum of the jazz tradition. Essentially a collection of tone poems - or, as Duke Ellington might have called them, "tone parallels" - Duke being the instigator of this type of programmatic jazz. Poetry in music is what we get in this new masterpiece. Jesup Wagon is an evocative appreciation of the life and legacy of turn-of-the-19th century African-American musician-painter-writer-scientist George Washington Carver. The album consists of seven pieces that create a portrait of stunning clarity and depth. Jesup Wagon marks another remarkable step for James as player and composer. Helping him get it all out on this release is the Red Lily Quintet, anchored by the tectonic rhythm section of bassist William Parker and drummer Chad Taylor, and rounded out by cornetist Kirk Knuffke and cellist Chris Hoffman. The album features liner notes by the great American historian Robin D.G. Kelley, who in 2009 released the definitive Monk biography 'Thelonious Monk: The Life and Times of an American Original'. Kelley calls Jesup Wagon "a revelation", and his notes contain much historical detail about Carver, particularly as they relate to the tunes.