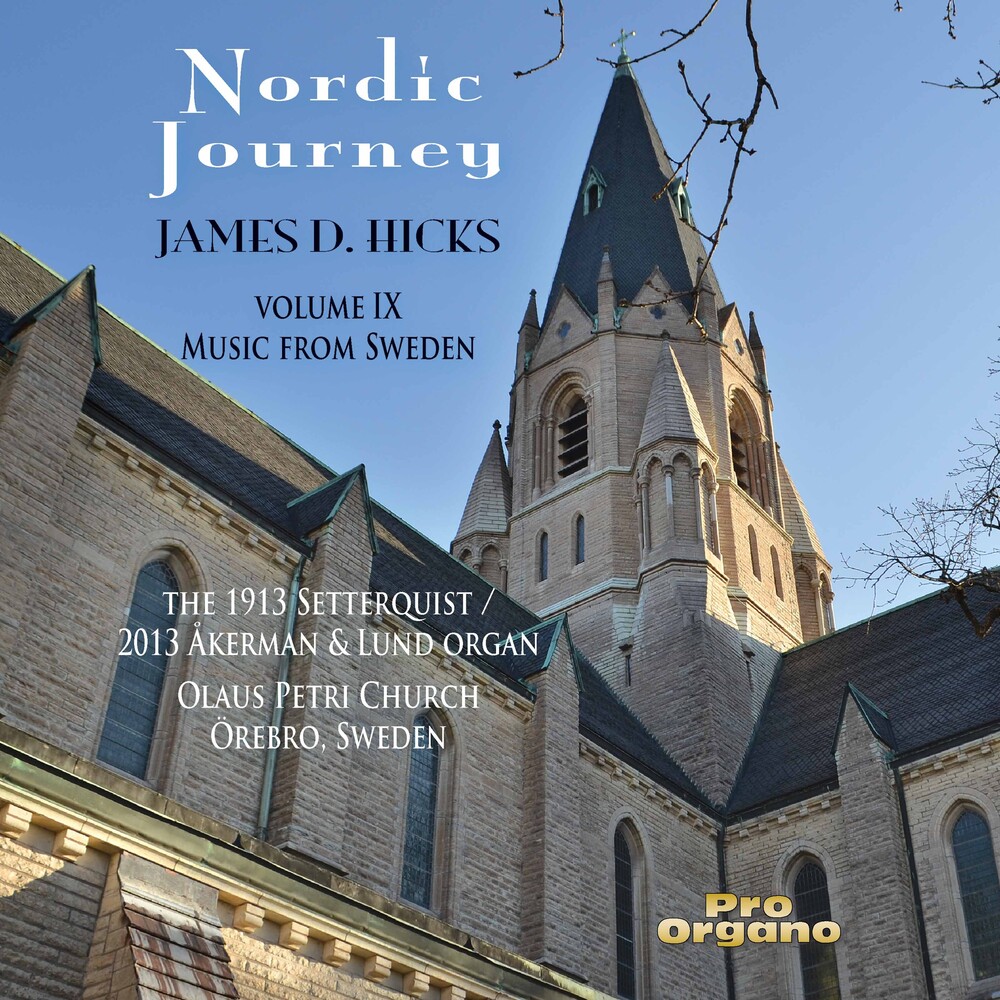 American organist James D. Hicks continues his Nordic Journey series with Volume IX, featuring new organ music by Swedish composers, as well as Swedish pipe organ classics, played upon the Setterquist / Åkerman & Lund pipe organ at Olaus Petri Church, Örebro, Sweden. James D. Hicks lives and works out of Califon, NJ, USA. He holds degrees in music from the Peabody Institute of Music of Johns Hopkins University, Yale University, and the University of Cincinnati. Other studies include courses at the Royal School of Church Music in England. He is an Associate of the American Guild of Organists. Jim has appeared as a concert organist throughout the United States, Europe, New Zealand, and Australia. Over the past decade, he has made nine recordings on the Pro Organo label.