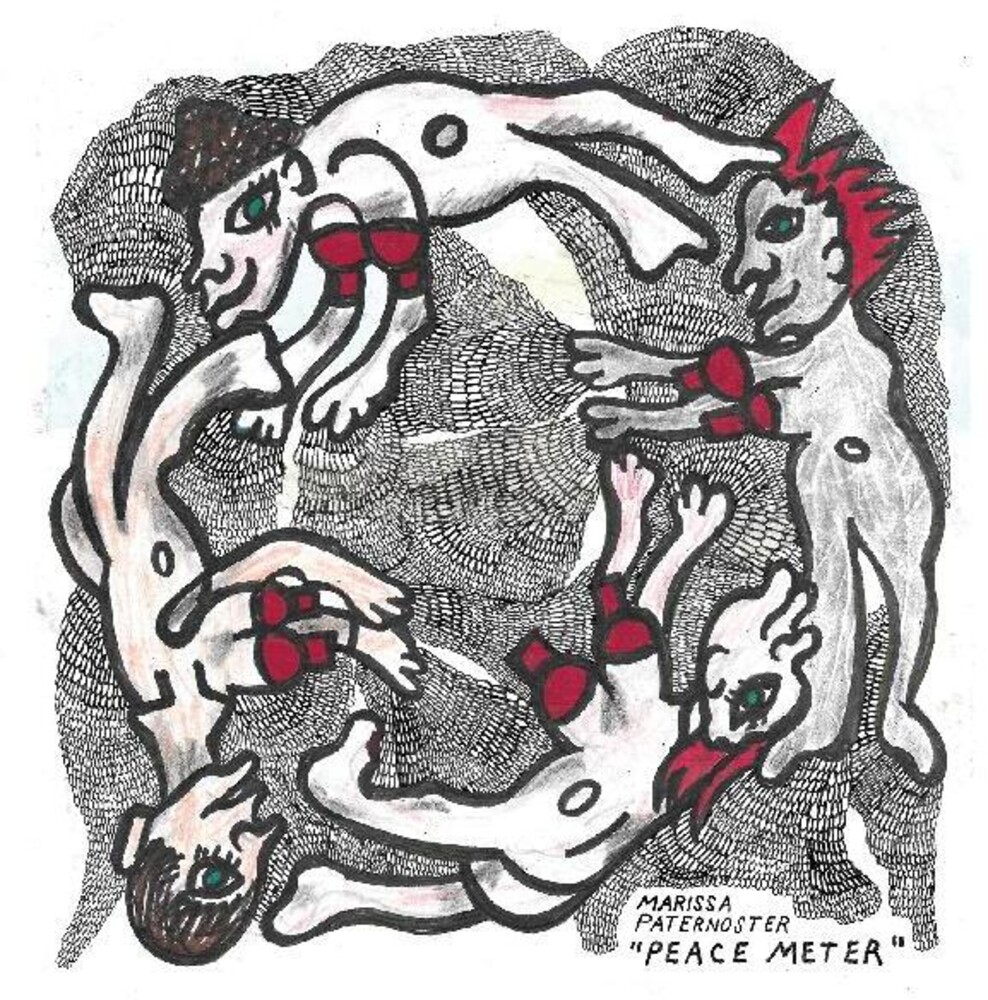 Limited red colored vinyl LP pressing. Includes digital download. Marissa Paternoster began writing "Peace Meter" immediately after arriving home from a west coast tour cut short due to COVID. Alone in her posthumous Grandmother's empty home, Paternoster sent the skeleton of a song to Andy Gibbs from the metal band THOU with the hopes that he might be able to extrapolate on the original idea. Andy sent his accompaniment back, and that process continued for the bulk of the first wave of quarantine. As the songs developed, Paternoster decided to include two other musicians whom she admired: long time friend Shanna Polley of the NYC-based band Snakeskin on backup vocals, and the cellist Kate Wakefield from the Cincinnati-based band Lung. All parties recorded their parts within their respective homes. Once the songs seemed fully realized, they were mixed by Eric Bennett, one of Marissa's oldest friends and closest collaborators, who was also quarantined at home alongside his mixing studio.
back to top