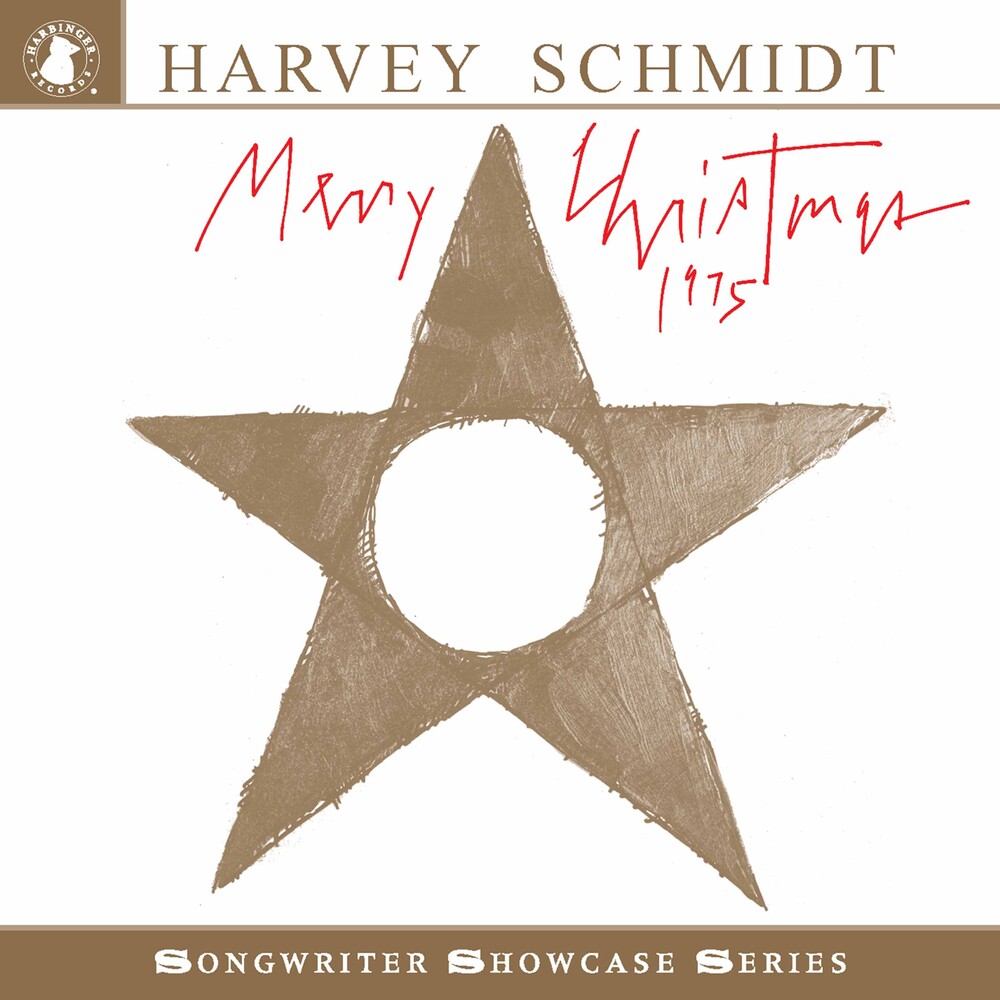 Composer Harvey Schmidt and his writing partner, Tom Jones, created some of our most iconic musicals. Their first, "The Fantasticks", is a perfect musical and one of the most performed pieces in the United States and throughout the world. The team of Jones & Schmidt also wrote the smash hit "I Do! I Do!" as well as "Celebration" and a host of others. But what many people don't know is that in addition to being a wonderful composer and a professional visual artist as well, Schmidt was a brilliant pianist with his own inimitable style. Which brings us to "Merry Xmas 1975". The title tells it all: it's an audio Christmas card! Schmidt played solo piano on a variety of songs from the Golden Age of Hollywood and Broadway. Originally released on LP as a gift to lucky friends of his, the record has been a collectors' item for decades, and now, with the late composer's approval and encouragement, it can be enjoyed and savored by everyone. Don't be fooled by the title, though. There is just one bona fide Christmas standard, Hugh Martin's perennial hit, "Have Yourself a Merry Little Christmas," introduced by the radiant Judy Garland in M-G-M's Meet Me in St. Louis. But there are many, many more terrific songs by the masters of the Great American Songbook: Everyone from Cole Porter to Rodgers & Hammerstein, from George and Ira Gershwin to Arthur Freed and Nacio Herb Brown. DeSylva, Brown and Henderson share grooves with Harry Warren. It's a delightful grouping of unforgettable music.