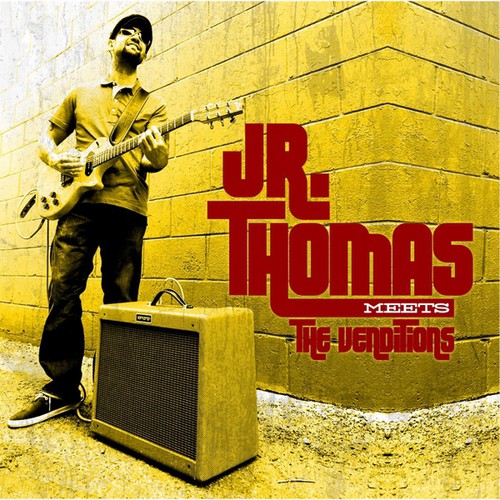 Jr. Thomas is an American songwriter and producer of reggae and soul influenced music. Early in his career he established his reputation as the frontman, guitarist and songwriter for the Minneapolis based group The Dropsteppers. In October of 2012, he and The Dropsteppers toured the east coast and Canada with Alex Stern of The Void Union supporting them on keys. The two musicians formed a bond on the tour resulting in a concept to record Jr. Thomas' new songs in Boston. Alex Stern reached out to the Void Union rhythm section which included Thaddeus Merritt and Rick Smith to jump on board the Jr. Thomas project. As a reggae powerhouse studio band they call themselves as The Venditions. Special guests on the album also include: Dave Hillyard of The Slackers, Zack Brines of Pressure Cooker, Rich Graiko of Void Union and Rob 'Bucket' Hingley of The Toasters. Together the musicians arranged and recorded sounds that resonate different eras of Jamaican reggae with a taste American soul. The group all agreed Brian Dixon (known for his work with The Aggrolites) would be a perfect fit to mix the album thus further developing the sound that is Jr. Thomas meets The Venditions.