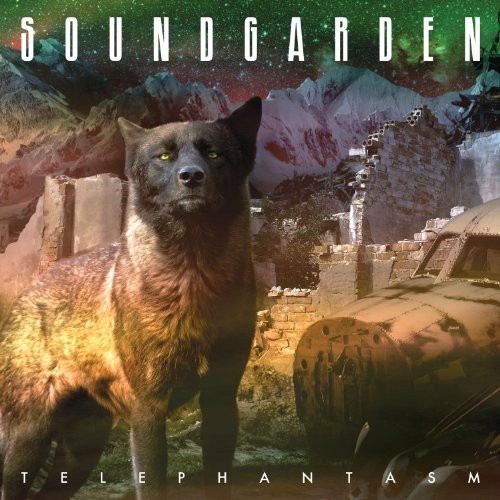 2010 collection from the Alt-Hard Rockers, one of the most popular bands to emerge from the Grunge/Seattle Rock scene. This multi-label, career-spanning retrospective album includes beloved band hits, deep back catalogue cuts and a never-before-heard unreleased track entitled "Black Rain," taken from the Badmotorfinger recording sessions. Telephantasm marks the first time ever a collection of its kind has been collated in one place. 12 tracks.

''Telephantasm'' is a compilation album by the American grunge band Soundgarden with songs spanning the band's thirteen-year career. It is scheduled to be released on September 28, 2010 through A&M Records. - Wikipedia