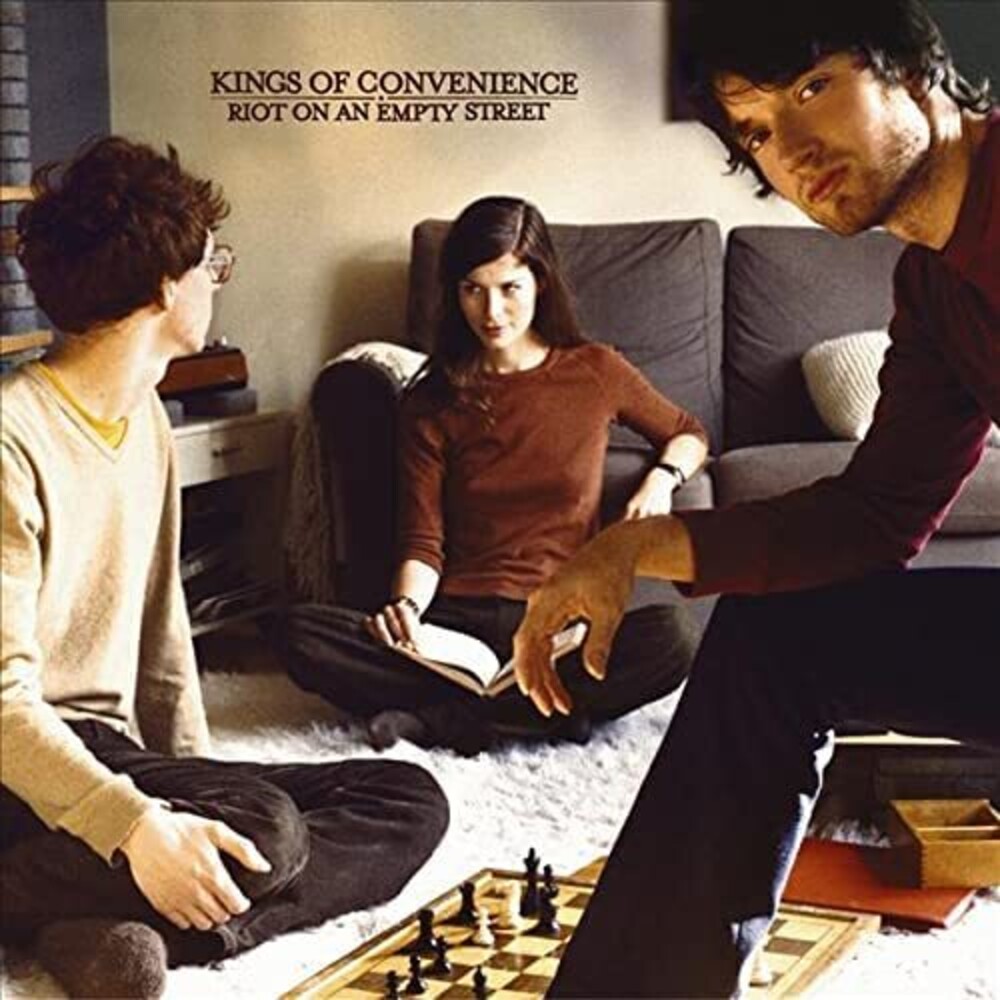 Vinyl LP pressing. Riot On An Empty Street is the duo's second album. Originally released June 21, 2004 it features two song collaborations 'Know-How' and 'The Build-Up' with Canadian musician Feist. The album peaked at number two in Norway and number three in Italy (staying in the chart for a year) and is certified Silver in the UK. Once again, it was met with critical acclaim upon release with The Guardian saying "This new album picks up exactly where the Kings left off, with warm melodies and exquisitely detailed ruminations", Billboard calling it "One of the prettiest albums of the year" and Rolling Stone and Q Magazine once again heaping praise on them by saying "Shimmers with melancholy beauty" and "Sweet, nostalgic and relishing the strength of words softly spoken" respectively.
back to top