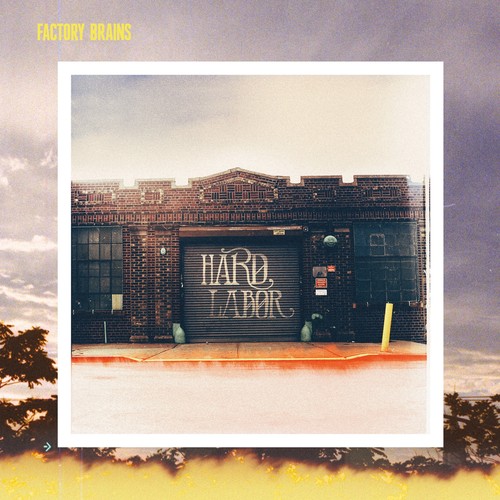 2016 release from the Stockholm-based band. Factory Brains has - in spite of their young age - already played over 100 concerts that have taken the band from the youth recreation centers, via blues festivals in small city Ängelsberg, to Stockholm for a gig with Graveyard, on to Gotheburg for an evening with Daniel Norgren and finally on tour as supporting act to Rival Sons - a Rival Sons who specifically requested the band as supporting act. Factory Brains was founded in 2010 and created a reputation of being one of Sweden's most interesting rock bands. For three 17 year old guys - who thought they'd signed off on guaranteed fame and success - being dropped from a major label could have been the beginning of the end for the band. But instead of being disheartened the band called Janne Hansson and booked a session in Atlantis Studios to be able to start working on their second album Hard Labor. In order to perfect the recording with something a little extra they brought in Martin Hederos (TSOOL) and Henrik Wind to play keyboards and Chips Kiesbye (The Hellacopters, Michael Monroe, Millencollin) was called to produce all vocals. After finishing the recording the task of mixing a mastering was assigned to - in that regard a somewhat odd choice - Jens Borggren (Opeth/Paradise Lost). Choosing Jens to complete this task is something the band definitely don't regret which the audience will be aware of when listening through Hard Labor.
back to top