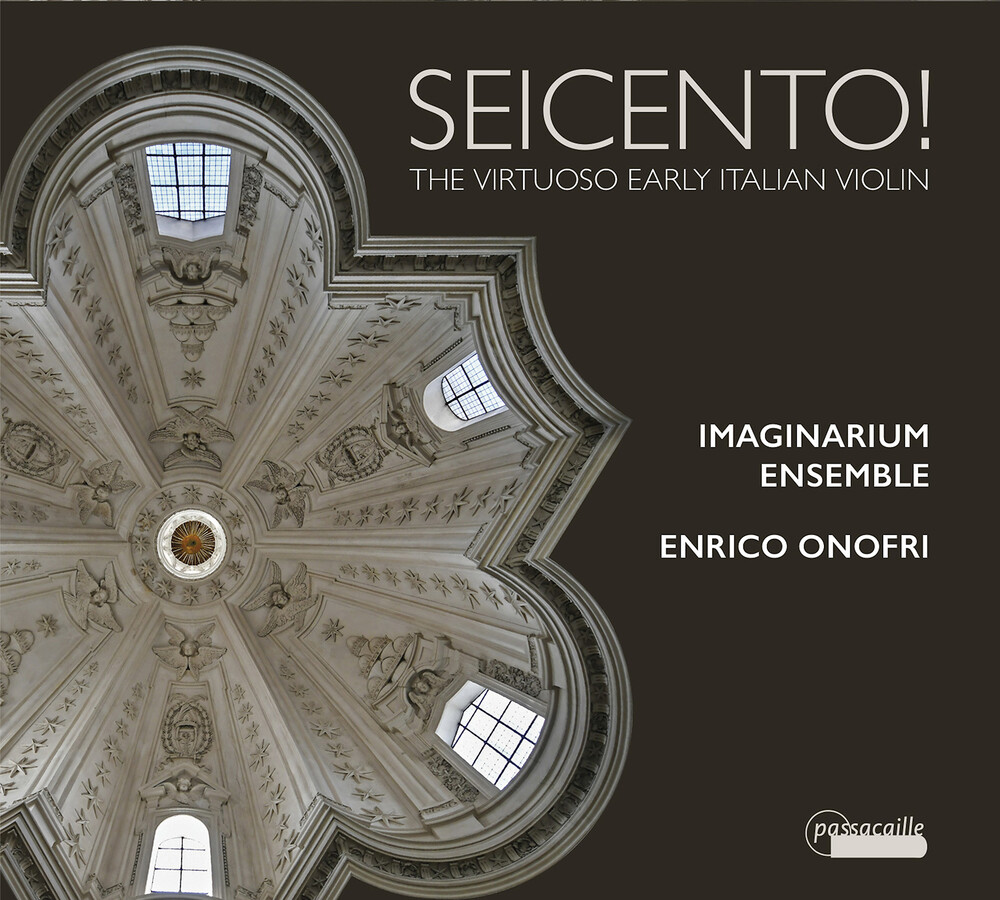 A small size, four gut strings, and a short bow were the beginning ingredients of the magic that is the violin. Such a magic happened in Italy, the birthplace of the violin, during the seventeenth century. "Seicento!" is a multifaceted time-travel through the Early Baroque, from Venice to Sicily, exploring the wonders of the first violin virtuosos and their dexterous-impassioned playing. Enrico Onofri was born in Ravenna, Italy. His career began with an invitation from Jordi Savall to be the concertmaster of La Capella Real. Very soon he found himself working with groups such as Concentus Musicus Wien, Ensemble Mosaiques and Concerto Italiano. From 1987 to 2010 he was the concertmaster and soloist of Il Giardino Armonico. In 2002 he entered into a conductor's career, which has brought him great critical acclaim and numerous invitations from orchestras, festivals and opera houses in Europe, Japan and America. From 2004 to 2013 he was the principal conductor of Divino Sospiro and since 2006 he has been a principal guest conductor with Orquesta Barroca de Sevilla. He conducted ensembles such as Akademie fĂĽr Alte Musik Berlin, Camerata Bern, Festival Strings Lucerne, Bochumer Symphoniker, Kammerorchester Basel, Orchestra Ensemble Kanazawa, Real Orquesta Sinfonica de Sevilla, Orchestre de l'OpĂ©ra de Lyon, Orquesta Sinfonica de Galicia and more. In 2002 he founded the chamber group Imaginarium Ensemble to perform the Italian baroque repertoire.