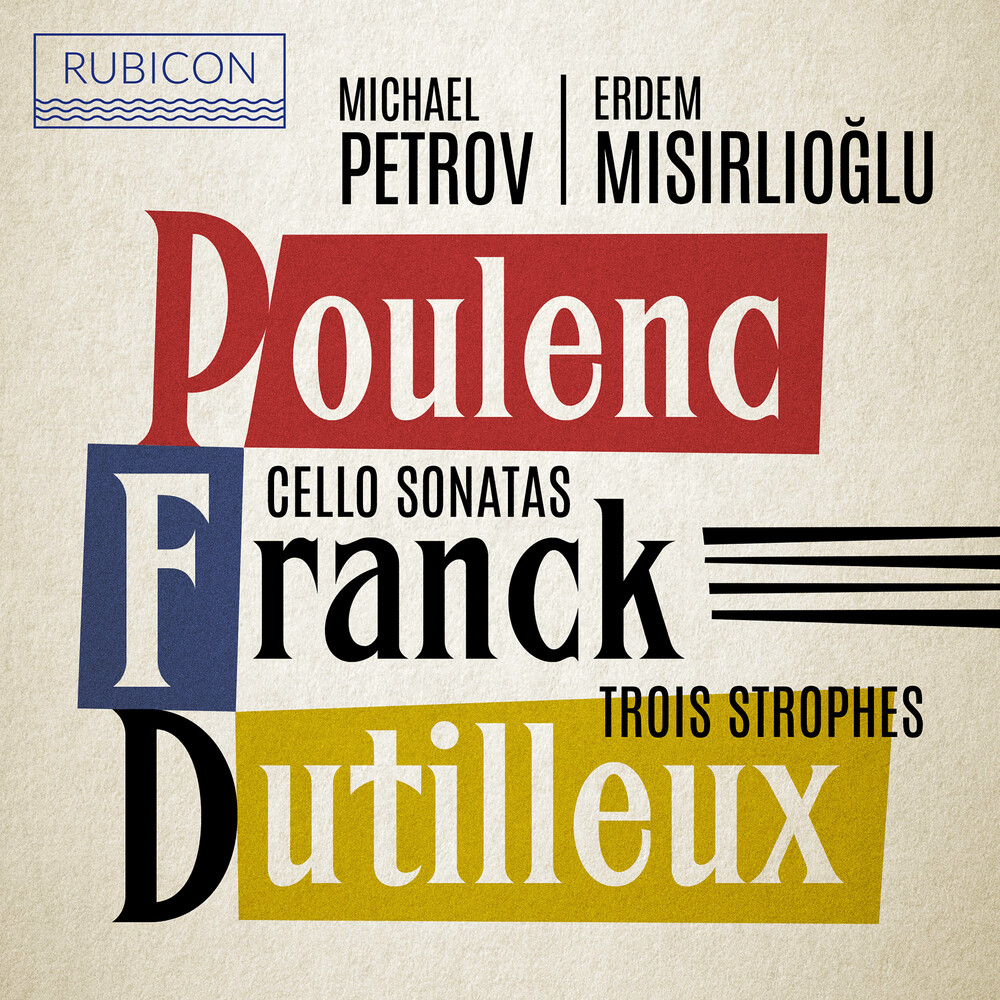 The three works that make up this highly attractive program from Trio Isimsiz's Michael Petrov and Erden Misirlioglu span a century. Franck's sonata, in it's officially sanctioned transcription for cello, was taken from his popular violin sonata of 1886. It was composed as a wedding present for the violinist YsaĂże. Dutilleux's Trois Strophes Sur Le Nom de Sacher was composed for Paul Sacher's birthday and given it's premier by Rostropovich with the composer at the piano. Composition was spread over a decade, having started in 1976. Poulenc's Cello Sonata was dedicated to Pierre Fournier and completed in 1948.