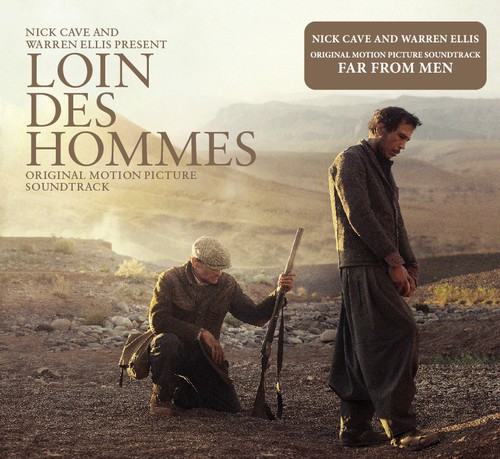 Vinyl LP pressing. Original score to David Olehoffen's prize-winning motion picture composed by Nick Cave and Warren Ellis. Loin Des Hommes (Far From Men) is a French film adaptation of Albert Camus' short story The Guest. Using intertwining piano and violin melodies, soft drones and subtle electronics, Cave and Ellis paint a minimal and mesmerizing backdrop to the ghostly frontier towns and empty desert vistas pictured in Olehoffen's movie, which stars Viggo Mortensen and Reda Kateb in a tale of colonial conflict in Algeria. "Very often a tension can happen between music and picture that is about chance and a kind of unknowingness that can be really amazing," says Cave of the collaboration. "Just by putting together two things that were created in isolation, music and film, suddenly something quite magical can happen." The soundtrack adds to Cave and Ellis's many previous film collaborations, including their music for 2005's Australian outback western The Proposition, which was scripted by Cave, 2007's The Assassination of Jesse James by the Coward Robert Ford and 2009's The Road, among several others.